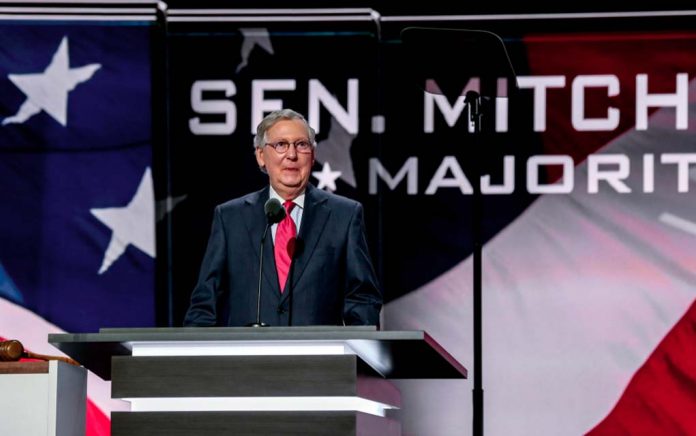 (ConservativeStar.com) – Senate Democrats have apparently conceded that Majority Leader Mitch McConnell (R-KY) has the votes he needs to confirm Judge Amy Coney Barrett to the Supreme Court prior to the November presidential election. This may be crucial since Leftists are unlikely to accept the reelection of President Donald Trump without letting their army of lawyers loose upon the courts.

I wonder what their first clue was? #Democrats resigned that #AmyConeyBarrett confirmation is inevitable: 'We can't stop the outcome'https://t.co/6I3wYG8vOH

Senator Chris Coons (D-DE) accused Republicans of unfairly changing rules and behaving in an “unprecedented” manner. He seems to have conveniently forgotten the shenanigans Speaker of the House Nancy Pelosi (D-CA) and Representative Adam Schiff (D-CA) carried out during their impeachment sham. Liberals fear a strong Conservative majority on the court would dampen their ability to push America further left and threaten one of the foundations of their party — the right to an abortion — by overturning Roe v. Wade.

The only two chances Democrats have is getting two GOP senators to turn traitor or hope that the coronavirus pandemic forces enough of the Conservatives to be absent, making it impossible to reach a quorum. However, showing his commitment to the fight, Senator Ron Johnson (R-WI) said he would show up wearing a “moon suit” if necessary.