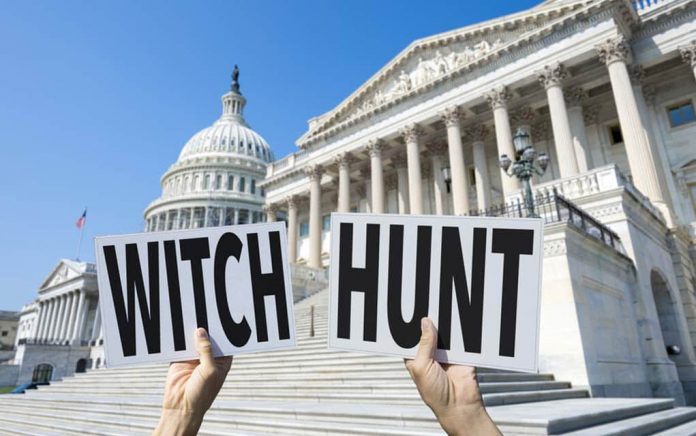 (ConservativeStar.com) – For years, the Democratic Party claimed President Donald Trump (R) colluded with Russia to steal the 2016 election. They were unable to accept the fact that Hillary Clinton (D) lost all on her own right up until the moment Special Prosecutor Robert Mueller released his report that proved it. Now, with the president’s reelection on the horizon, the Left is demanding the head of the FBI testify.

On July 20, Democratic leaders in the Senate and the House released a letter to FBI Director Chris Wray, asking for a “defensive counterintelligence briefing” regarding Russia’s alleged efforts to interfere in the 2020 election.

The leaders who signed it were all heavy hitters in both the first Russia investigation and the impeachment of President Trump. Senators Mark Warner (D-VA) and Chuck Schumer (D-NY), along with representatives Adam Schiff (D-CA) and Nancy Pelosi (D-CA), all signed the letter. The lawmakers think “a concerted foreign interference campaign” is targeting Congress in order to influence the election in November.

In other words, they’re claiming the Russians are trying to “steal” the election from them again.

We know there’s at least one Democratic lawmaker who has openly expressed support for a second impeachment if President Trump is reelected. Rep. Karen Bass (D-CA) told gossip site TMZ she wouldn’t mind putting America through that again, but the articles of impeachment might be different.

Is it so hard to believe other Dems feel the same way she does?

Remember how enraged they were in 2016? Now picture how they’ll feel if the American people once again elect Trump. They’ll be out for blood and we wouldn’t put anything past them.