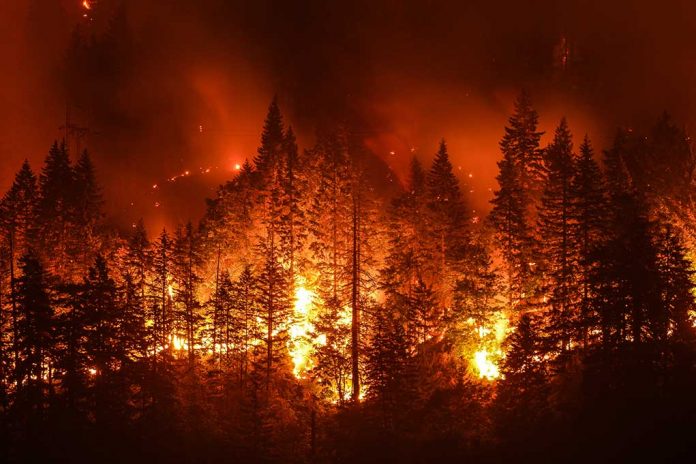 (ConservativeStar.com) – The Dixie Fire, which began on July 13, is now 94% contained after burning 963,276 acres according to the Cal Fire website as of September 21. For comparison’s sake, this equates to 1,505 square miles, roughly the size of the state of Rhode Island. The blaze is the second-largest in California history and the biggest of 2021. While the official cause has not been determined, preliminary investigations are leaning toward a tree falling on power lines owned by Pacific Gas & Electric (PG&E).

Finally some good news about California’s wildfire season. Authorities report that the massive Dixie Fire is now past the 90% containment threshold and should be fully contained by the end of September. pic.twitter.com/WTwNmNwrUj

In Dixie’s two-month-plus rampage through Northern California, more than 1,300 buildings burned to the ground, most of which were single-family homes. Their destruction left thousands of displaced residents wondering what lies ahead for them and the devastated landscape. One report from the University of California-Agriculture and Natural Resources (UC ANR) says that in fires of this severity, “vegetative recovery (non-tree), depending on conditions, could be five to 10 years.”

As with most catastrophes, lawyers are the first to swoop in and try to gather as many victims as they can for mass tort lawsuits, promising them a mass payout from PG&E. According to an article on Northern California Public Media, survivors of wildfires ignited by the utility’s equipment between 2015 and 2018 are expecting to share a $13.5-billion settlement, but to date, very few have gotten any money.