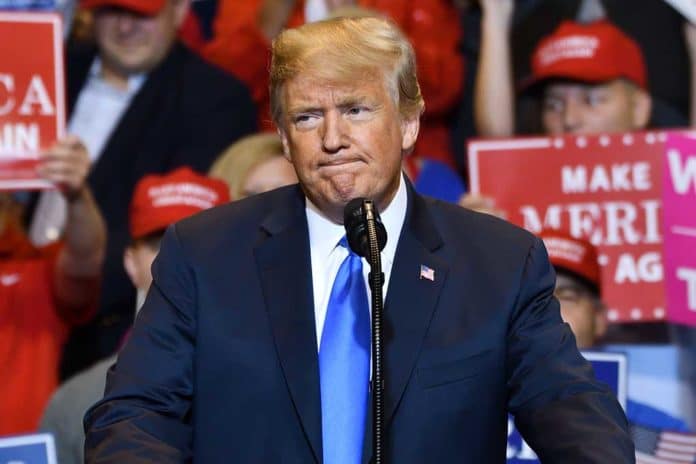 (ConservativeStar.com) – Former President Donald Trump has filed a lawsuit against Twitter, Inc. and its co-founder and CEO Jack Dorsey for censoring and then completely de-platforming him. Now, President Joe Biden’s Department of Justice (DOJ), in an act that can be seen as sending mixed messages — once again — has stepped into the fray.

On November 18, the DOJ filed a Notice of Intervention in the case to defend the now-infamous section 230(c) of the Communications Decency Act of 1996. This section appears to shield Big Tech when it selectively shut downs Conservative voices.

The suit claims Twitter violated president Trump’s First Amendment rights by its actions, which included flagging, shadow banning and eventually de-platforming him. Some have claimed, and rightly so, that Constitutional Amendments are limits placed on government institutions and not private companies but, the complaint filed preemptively deals with that question.

The lawsuit argues that the Silicon Valley companies became agents of the government after first having their section 230 shield threatened by the likes of Senator Richard Blumenthal (D-CT) in 2020, and Representative Frank Pallone (D-NJ) in 2021 during various hearings on the matter. Next, high-powered Democratic Party individuals demanded they ban President Trump, for example, Representative Adam Schiff of California and former First Lady Michelle Obama.

It doesn’t take an Einstein to imagine the pressure the combination of the above individuals would put on the men who have literally become billionaires because of their social media platforms.

As for President Biden, Politico reports that while on the election trail in January 2020 he said that section 230 “immediately should be revoked,” and now his DOJ is defending it. Pretty mixed message.