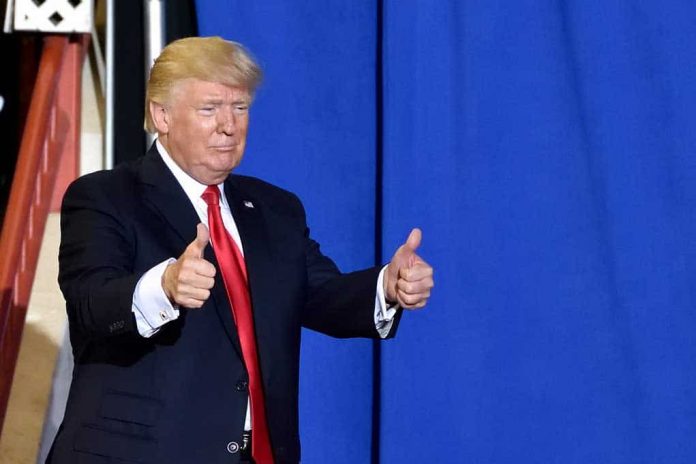 (ConservativeStar.com) – When the National Portrait Gallery at the Smithsonian Institute is able to reopen, visitors will be able to gaze upon all 45 prior presidents, including Donald Trump. While his “official” portrait could take up to two years to complete — as was the case with former-President Barack Obama — a placeholder will be hung on the walls until then.

When @smithsoniannpg reopens, there will be a new Donald Trump portrait in their “America’s Presidents” exhibition. It won’t be the final *official* portrait, though, but the gallery is currently in talks with the Trumps about a forthcoming painting https://t.co/tHxOJauJyg

Of course, many of Trump’s detractors have a different view of what they think should be represented. Kate Cohen, a contributing columnist took to the pages of the Washington Post just after the inauguration of President Joe Biden and wrote an impressive rant/op-ed as to what the display should represent. In a nutshell, it was more of the lunacy she and her ilk have spewed since he first announced his candidacy in 2015. Among her complaints were lower taxes and the launching of the Space Force — high crimes for sure.

According to Washingtonian, gallery director Kim Sajet said that they recognize there may be disputes about the painting but pointed out “we are a nonpartisan institution” and that they can’t predict how it will be received. Who knows? Maybe another painting will have to be done recognizing President Trump as number 47 if he wins a second term.