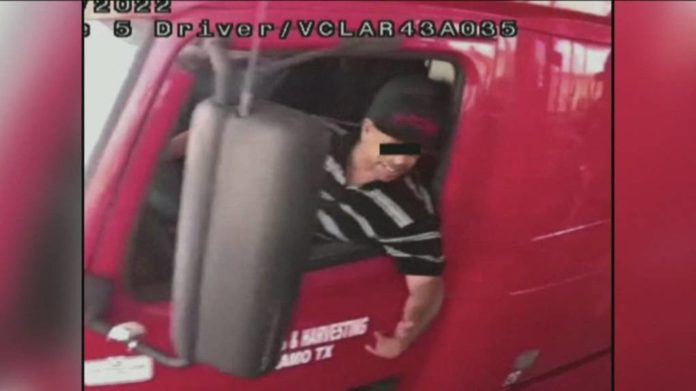 A federal criminal complaint states that the driver of a tractor-trailer that carried 53 migrants didn’t realize the air conditioning unit had stopped working.

The suspected conspirator, Christian Martinez, had been in contact with the truck’s driver about the apparent smuggling scheme, the Department of Justice has said. Martinez admitted to being involved in the death of several individuals inside a tractor trailer.

Christian Martinez, 28, allegedly texted the suspected driver of a tractor-trailer packed with dozens of migrants, saying, “Call me bro” and “Wya bro,” before the truck was discovered abandoned on the outskirts of San Antonio.

Police say the registration for the tractor-trailer led them to an address in San Antonio, where they arrested two men.

The driver and Martinez face up to life in prison or the death penalty.

US federal authorities found 48 people dead inside a truck near the US-Mexico border, and more than a dozen people were rescued alive. Six more people were hospitalized for heat-related ailments.

San Antonio’s fire chief said the people inside the refrigerator tractor-trailer had no visible working air conditioning unit and no sign of water inside. High temperatures Monday in the San Antonio area ranged from the high 90s to low 100s.

For more information on this story, check out the following news outlets.