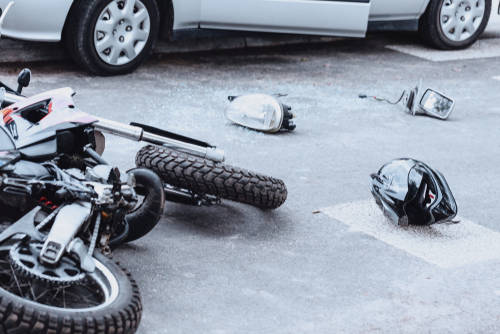 A commercial truck driver is being tried for the deaths of seven motorcyclists in a 2019 crash. The motorcyclists were part of a larger group en route to an American Legion Post for an annual meeting.

Volodymyr Zhukovskyy, 25, faces trial on multiple counts of negligent homicide, manslaughter, driving under the influence and reckless conduct stemming from a crash that killed seven motorcyclists.

Witnesses to one of the deadliest crashes in New Hampshire history described the scene as “the worst experience of their lives”. They described limbs scattered around, people dying or hurt, and a scene that looked like a war zone.

The first people at the scene of one of the deadliest crashes in New Hampshire history took the stand Tuesday in the trial of Volodymyr Zhukovskyy, who is charged with 23 felonies in the crash that killed seven motorcycle riders.

The prosecution is arguing that the swerving testimony is critical, because the defense is arguing that Albert “Woody Mazza, president of the Jarheads Motorcycle Club, was impaired.” More than 100 witnesses could be called during the trial.

Zhukovskyy’s lawyer argued that one of the motorcyclists was drunk when the crash occurred, but federal investigators did not substantiate that claim.

For more information on this deadly crash, please consider the news outlets listed below.