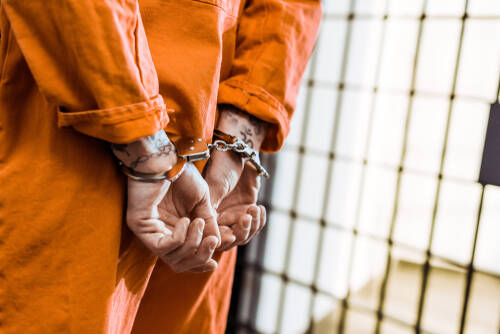 A former cage fighter who carried out the “brutal, vicious, and cruel” murders of his pregnant partner and three young children – raping one of them – has been sentenced to life in prison.

The murder was committed with a claw hammer in Terri Harris’ home. In addition, the ex-con admitted to raping Lacey at the house in 2021.

Lacey’s friend Connie was only supposed to stay for one night. She received permission from her mother to extend her stay by another night, coinciding with Bendall’s attacks, the court heard.

The attacks he made against the innocent woman and 3 children were described by the prosecutor as “truly hideous and dreadful.” He has now been sentenced to life in prison for his crimes.

A judge told Bendall he had demonstrated “controlling” behavior towards Harris before the attacks, and friends described him as a “gangster wannabe” who boasted about his former prison experience.

Several members of the public gallery cried “yes” when the judge told him he would never be free again.

In September last year, Harris and the children were found dead in Harris’ home. It appears that many of them tried to fight off Bendall during his attack, as evidenced by their defensive injuries.

The murder and rape were carried out by Bendall while he was serving a 24-month suspended sentence handed down by the Swindon Crown Court for arson of a car he had tried to steal in June 2021.

Derbyshire Police welcomed the sentence, calling Bendall a “monster,” while the Crown Prosecution Service referred to his actions as “barbaric.”