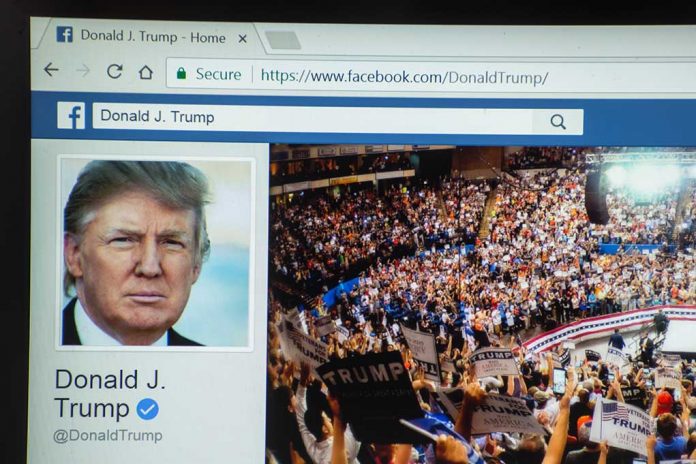 (ConservativeStar.com) – During the 2020 election, it became clear that the large social media platforms — Facebook, Twitter, and Instagram — were targeting then-President Donald Trump and other conservative voices. Now that President Trump has (at least temporarily) returned to being a private citizen, they have continued that policy and even ramped it up.

Lara Trump reports that Facebook is banning her from posting video of the former president of the free United States and threatening her with removal as well. Big Tech oligarchs exercising raw power to silence their political opponents is utterly terrifying to observe. pic.twitter.com/CeQTBs2lHz

The ex-president’s daughter-in-law, Lara Trump, posted a video of an interview with the former president on Facebook and Instagram. She and other Trump team members soon received an email that the video was taken down because Trump’s restricted from the platform and that ban includes his voice. Lara spoke to Fox News and said every American should be mad about what happened because they could be next.

In another example signaling the intent of the Liberals to silence political opposition, NBC’s Lester Holt said during an award acceptance speech: “I think it’s become clear that fairness is overrated.” The war on Conservatism has been openly declared by those who control the flow of information.