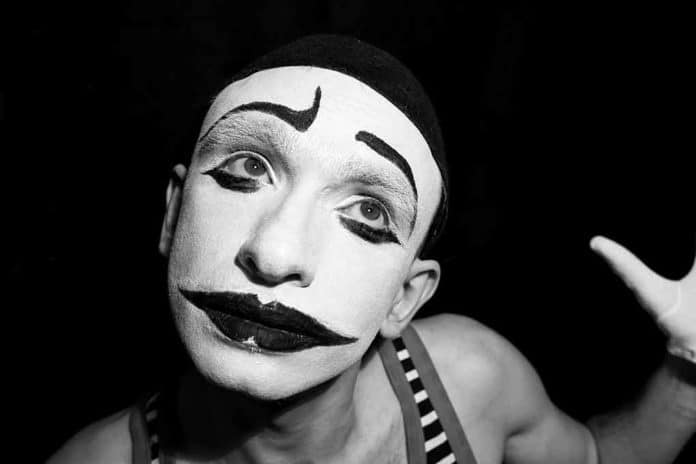 (ConservativeStar.com) – Marcel Mangel, a Jew, was born on March 22, 1923, in Stroudsburg, France. That was the same year a certain Austrian with a mustache made his first attempt to take control of the German government in Munich in what became known as the Beer Hall Putsch. The timing of the two events is likely why the world knows the former better as the legendary mime Marcel Marceau. What is not as well-known are his exploits during World War II as a member of the French Resistance that was chronicled in the 2020 biopic “Resistance.”

It was Marcel’s cousin, Georges Loinger, who convinced him to join the freedom fighters to oppose Adolf Hitler’s Nazi regime as a courier of sorts. He didn’t carry messages to the Allied armies, instead, he helped transport Jewish children into Switzerland to avoid Hitler’s Final Solution and the Holocaust.

As one can easily imagine, trying to safely move even small groups of youngsters through an occupying army is not the easiest of undertakings. This is when Marceau honed his chosen art form to a razor’s edge that would go on to entertain millions over the decades.

During the war years, his ability to “talk” to people through gestures alone wasn’t to make people laugh, it was a way to keep himself and his young charges alive. After his death in 2007, Georges recalled that the kids really loved his cousin and when they needed to seem like they were simply going on vacation near the Swiss border, Marcel could put them at ease so they didn’t arouse suspicion from the German soldiers.

Marceau eventually joined the Free French Forces fighting under Charles de Gaulle and he once convinced a group of 30 German soldiers to surrender to him and his small unit. However, it was the experiences he had as a Jewish man who was most certainly living in the wrong place, at the wrong point in history, that left much of his acting career tinged with pain and sadness.