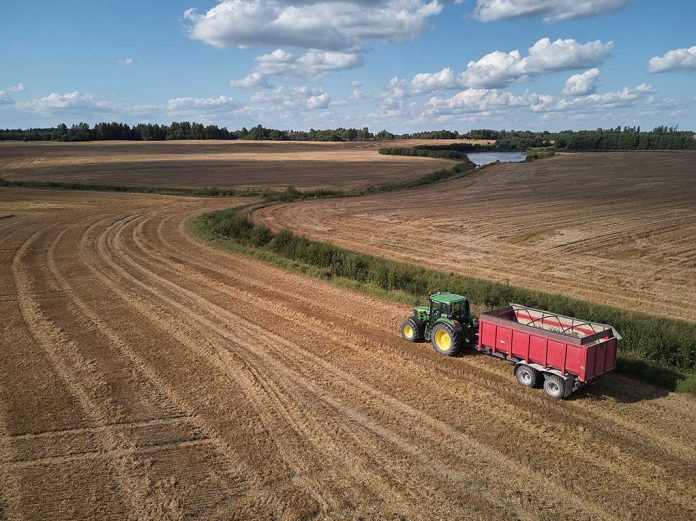 (ConservativeStar.com) – The American Rescue Plan was shoved through both houses of Congress at the behest of President Joe Biden. It is now facing legal challenges because of one of the alleged race-based programs within it. The lawsuits attack the provision allowing the United States Department of Agriculture (USDA) to provide funds for some farmers to pay off the loan balances.

When something like a pandemic strikes and the American people are having a difficult time making ends meet and the government decides to distribute funds to help mitigate some of the problems, there should be one deciding factor: need. This time one group is alleging that they’re being discriminated against by the Biden administration because they’re white.

According to farmers.gov (an official website of the USDA), the money allows them to pay up to 120% of loan balances, which most would see as a good thing. The alleged racism comes in because it is only for “socially disadvantaged” producers. Socially disadvantaged is defined as people who belong to a group that has faced “racial, ethnic, or gender prejudice because of their identity as members of a group.”

This blatant disregard for its own anti-discrimination laws has sparked two lawsuits against the federal government. One of them was filed by the Wisconsin Institute for Law & Liberty on behalf of farmers in Wisconsin, Minnesota, South Dakota, and Ohio.

The 14th Amendment to the United States Constitution guarantees equal protection under the law to all citizens which they contend did not happen here. The complaint states the government’s claim that they’re trying to end “systemic racism” is not sufficient to engage in racial discrimination as a corrective measure.

The other suit by Texas Agriculture Commissioner Sid Miller — acting as a private citizen and active rancher — filed his paperwork with the Federal Court in Fort Worth. His contention is that the act is deficient because it fails to rectify the historical discrimination of the Irish, Italian, and other “white ethnic groups that have unquestionably suffered.”

The Democrats are taking full advantage of their slim margins in Congress to advance their agenda as quickly as they possibly can. Hopefully, Republicans can put a stop to that in 2023 when the new Congress is sworn into office.