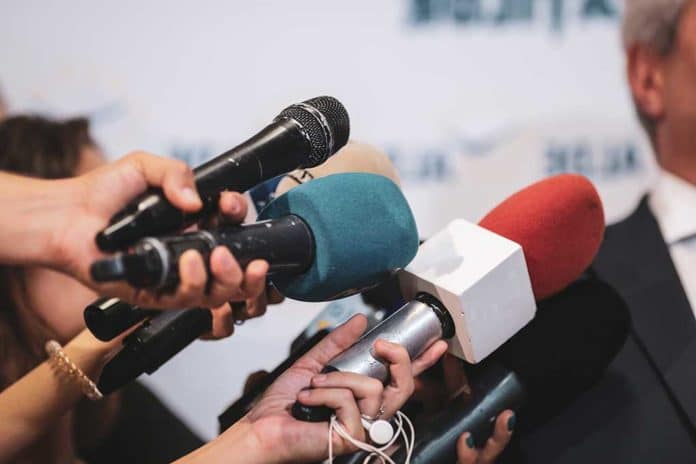 (ConservativeStar.com) – The Biden administration likes to claim it supports freedom of the press, but the recent FBI search of a conservative journalist’s home has a lot of Americans worried. Even a left-wing pressure group is protesting at the government’s heavy-handed tactics.

Eight days after the armed, pre-dawn raid of our client James O’Keefe’s home and seizure of his confidential source, legal, & donor info, @ACLU says it’s SO bad, even they are are moved to condemn it: ACLU Comment on FBI Raid of Project Veritas Founder https://t.co/twfHQc4sPt

On November 13, the FBI raided the New York home of James O’Keefe, founder of Project Veritas. Agents claimed they were investigating the theft of a diary belonging to President Biden’s daughter Ashley. The diary was allegedly obtained by Project Veritas, but they didn’t publish any of its contents and handed the diary to the police. However, the FBI seized two of O’Keefe’s cell phones on Saturday in an attempt to find out how he got the diary.

Now, a judge has ordered the FBI to stop investigating the phones until a special master has been appointed to oversee the probe. Meanwhile, journalists and press freedom advocates are hitting out at the administration’s behavior. Even the left-leaning ACLU weighed in, saying that unless there’s evidence Project Veritas was involved in the theft of the diary, “it should not have subjected them to invasive searches and seizures.”

Biden has increased protection for journalists to the point that national security officials are worried they could be a threat – but do these protections apply to all journalists or just left-wing ones? That’s the question many are now asking. Politico correspondent Ben Schreckinger says the raid “threatens to have a chilling effect at a time when the president’s other child is under intense scrutiny,” referring to Hunter Biden, while New York Times columnist Ben Smith simply said, “Don’t think journalists should be cheerleading this one.”

Even liberal journalists realize that a press that’s only free to report things the president approves of isn’t free at all.