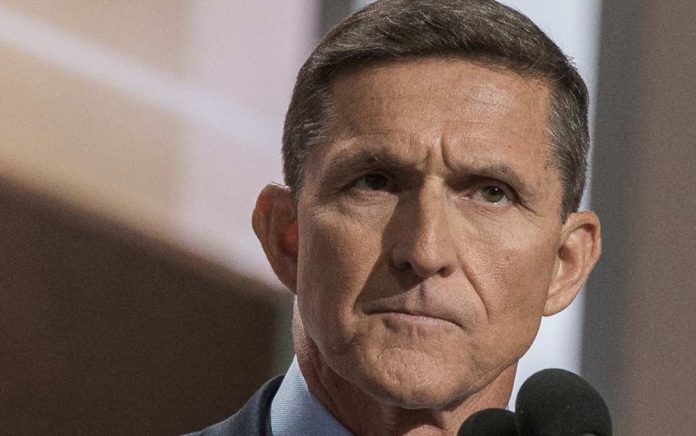 (ConservativeStar.com) – In early May of 2020, the Justice Department made the decision to drop its case against Lt. Gen. Michael Flynn. Since then, Judge Emmet Sullivan has been making moves to keep the case alive, despite the fact that the prosecution failed to find any reason to continue. But many people don’t realize what started this mess, to begin with, or how and why the reputation and lifetime career of a retired general has seemingly been ruined.

Michael Flynn has spent a lifetime working in the intelligence sector, at one point even serving as the director of the Defense Intelligence Agency under former President Obama. After ongoing conflicts between the administration and general, he retired in April of 2014.

Obama’s dislike of Flynn was reportedly so strong, he even warned President Trump to avoid hiring him.

In the grand scheme of things, Flynn seems to have been a tool to get to President Trump. Although he did enter guilty pleas, he retracted them earlier this year and let it be known that he only entered them after the FBI allegedly threatened to go after his son. But these are the things that happened on the surface.

In the US, it is illegal to spy on citizens and most especially, those involved in presidential campaigns. To get around these laws, the US and foreign governments spy on each other, and then might share that information with each other. In the case of Flynn, they were spying on the Russian ambassador at the time, Sergey Kislyak.

Once the Russians began spying on and investigating Michael Flynn, they were also able to spy on anyone he came in contact with, including Donald Trump.

The premise, of course, has always been that the Russians interfered with the 2016 presidential campaign in order to get Donald Trump elected. The contention was that Flynn shared information with the adversarial government. However, when redacted documents concerning the case were released, it was found that not only did the FBI determine the retired general had committed no wrongdoing, but there wasn’t even an indication that they should move forward with the investigation.

Then there is the unmasking. Citizens’ identities are kept private in these cases until there is a request to “unmask” the citizen. In the unmasking documents regarding Flynn, several prominent names appear on a list of those that requested Flynn’s identity. Of course, they denied ever having put a request at all. Names like Joe Biden, James Clapper and James Comey are among the more notable ones. And the denials aren’t the only things that are off.

The phone call that allegedly kicked off these events was held on December 28, but some of the unmasking requests were filed as early as November of that year. This is just one of the many suspicious things that took place during this investigation.

There are a lot of smart people in the FBI, CIA, judicial system and government. Yet most of them haven’t spent a lifetime in the intelligence community. It looks more and more like no one followed proper procedure and the entire Flynn situation was really a way to get to President Trump. The question is, did Lt. Gen. Flynn realize this and decide to turn the tables? Going after a citizen of the United States as a pawn to get to the president is bad enough. Thinking it’s possible to outwit a Lt. Gen. who spent a lifetime focused on intelligence, including defense intelligence and special ops, may be the fatal mistake that seems to have now led up to an event the president fondly (and constantly) refers to as Obamagate.