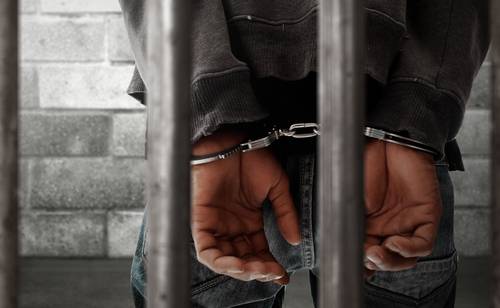 Torrey Moore, 31, of Silver Spring, was arrested and charged with first-degree murder for allegedly killing an employee at a gas station the previous day.

When SWAT made entry, they found a deceased female in an advanced stage of decomposition. Moore allegedly told police that she was eight months pregnant at the time of her death.

Moore was also found in the apartment, and police believe he had been living there, alongside the woman’s decaying remains. They are still investigating the incident.

The woman’s body was transported to the Office of the Chief Medical Examiner for an autopsy. Police have not released her identity.

Police were not aware of anything amiss at that apartment, and were also not aware of any missing person’s case that would be related to what they saw. All that they knew of the suspect was that he was caught on a security camera involved in a gas station shooting.

Moore is alleged to have shot Ayalew Wondimu, 61, following a dispute at the gas station. Wondimu suffered multiple gunshot wounds to the chest and was pronounced dead at the scene, according to Jones. Employees at that gas station remembered Moore as a consistently problematic customer prior to the shooting.

Moore was charged with first-degree murder and possession of a firearm while committing a felony. Additional charges may be filed depending on the medical examiner’s determination of the woman’s body. The suspect is currently being held without bail as he awaits the new findings of the investigation.

Moore admitted to the gas station shooting, and also told police about the body they found on the floor. He admitted that he was in a relationship with a female who was pregnant and found dead.