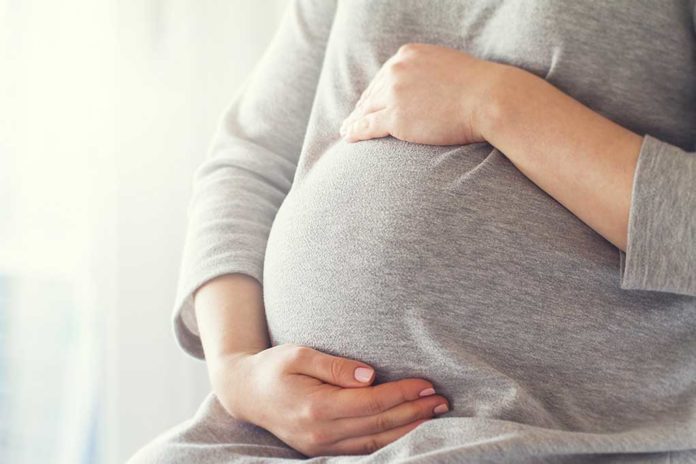 (ConservativeStar.com) – One day Robin Folsom went to work at the Georgia Vocational Rehabilitation Agency (GVRA) where she earned $100,000 a year salary and let her coworkers know that she and “Bran Otmembebwe” were expecting a child. Then, she did what all new parents do; she began sending in baby pictures of little “Liam Folsom” in July 2020 and then announced another child (“Ahmahli”) was on the way in October of that year.

Sadly, she was never able to bring the babies to the office for everyone to fawn over. Don’t panic, it’s not because of some tragedy. As the indictment in the Fulton County Superior Court alleges — she made it all up out of whole cloth.

A former Georgia state official was charged w/ fraud Thursday after being found faking two pregnancies, once in Jul. 2020 and another in Oct. 2020. 43-year old Robin Folsom received thousands of dollars in paid leave that she was not supposed to get. An investigation was (1/2) pic.twitter.com/PtUEEttHPR

The four-count indictment claims Folsom made up her family with the intent of scamming the state out of the benefits that come with their maternity leave policies. According to court documents, she told investigators all the names and dates were accurate.

According to WSB-TV, her story started to fall apart when a coworker noticed that her pregnancy prosthetic began to… well, literally fall apart when they saw a gap between it and her body. The story estimates that based on her salary and the amount of time she would have received as maternity leave, the monetary value of her effort totaled between $10,000 and $15,000.

Prosecutors indicted Ms. Folsom. She is considered innocent until proven guilty in a court of law.