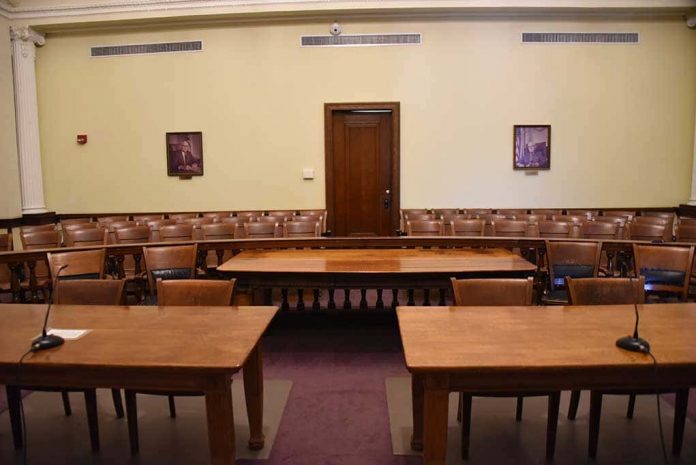 (ConservativeStar.com) – Ghislaine Maxwell was a longtime associate of Jeffrey Epstein in both business and romantic roles. Right now, however, she occupies a prison cell awaiting trial as an alleged accomplice to his illicit activities. Epstein was in custody himself on charges of trafficking girls as young as 14 when he died under mysterious circumstances in August 2019.

Ms. Maxwell has made several attempts to get out of jail until her court date — including trying to use the COVID -19 pandemic to sway a judge to release her — but the arguments have proven unpersuasive. In her latest attempts, she’s offered to renounce her French and British citizenships and have her assets put into a monitored account in an effort to address the fears of prosecutors who have previously said those factors make her too much of a flight risk.

Ghislaine Maxwell offered to renounce her British and French citizenship and put her assets into a monitored account as she tried for a third time to get released on bail. https://t.co/P7elQukNzp

Maxwell stands accused of “grooming” underaged girls for use by Epstein and other high-powered around the world at his private Caribbean island which news outlets have dubbed “Pedophile Island.” If convicted on all charges, she faces more than 30 years in prison.