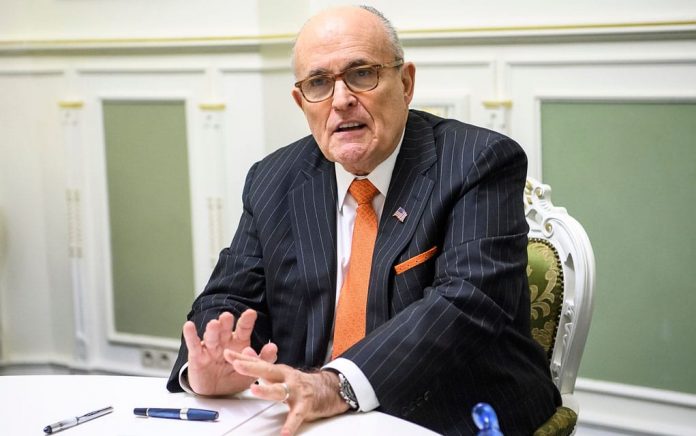 (ConservativeStar.com) – One of the founding principles of the United States of America is the “government [is] of the people, by the people, for the people…” as President Abraham Lincoln put it in his Gettysburg Address. Why is it then that President Donald Trump’s attorney, Rudy Giuliani, has had to appeal to the public because several states are blocking access to voting machines?

Let’s find out,once and for all, did Biden cheat to become President like he cheated to get through law school?

PA, Ariz., GA, Michigan and Wisconsin should agree to let us
audit the Dominion machines.

What are they afraid of, if they didn’t cheat?

No winner without an audit?

One would think that public servants would want to assure the citizens of the integrity of the process that determines who holds the highest office in the land. Instead, it seems they want to hide the scope of just how many “noncitizens” cast ballots, as one example. Even the Liberal apologists at USA Today travel a tortuous route in one of their “fact checks” to make excuses only to eventually conclude that charges of that nature were “plausible but unproven.”

Of course it’s unproven. It’s tough to prove something when one party blocks the other from the data. Rather than do everything they can to relieve the feelings of distrust, they seem intent upon driving the wedge between the parties even deeper.