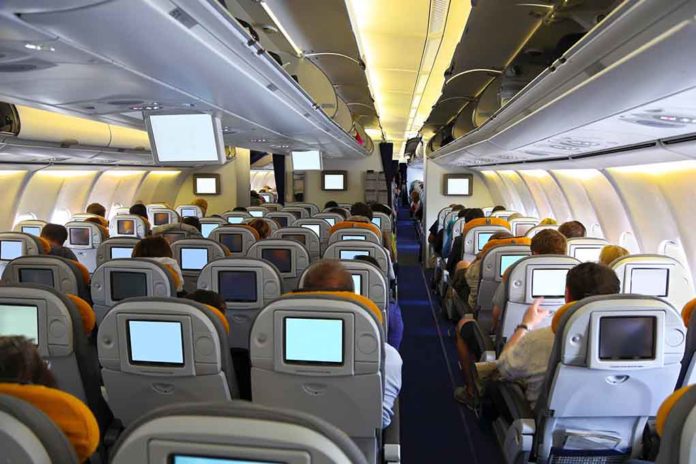 (ConservativeStar.com) – On February 3, Edward Bastian, CEO of Delta Airlines, let fly with a letter to US Attorney General Merrick Garland. In it, he requested the Department of Justice put “any person convicted of an onboard disruption on a[n]… unruly passenger ‘no-fly’ list.” A group of eight Republican senators sent their response soaring over to the AG asking him to permanently ground that idea for a variety of reasons.

One of the major objections the Republicans aired was the fact that the Transportation Security Administration (TSA) came about as a means to help combat terrorism after Islamic jihadists hijacked four airliners on September 11, 2001. It was not meant, as they put it, “to regulate human behavior onboard flights,” especially since people, like the CEO of Southwest Airlines, have questioned whether facemasks are effective. The senators bring this fact up because the Federal Aviation Administration (FAA) data shows that, of 394 reported unruly passengers in 2022 (as of February 15), 255 were because of that mandate.

As could be expected, Steve Benen, producer of MSNBC’s “The Rachel Maddow Show,” wrote an impassioned rebuke of the dastardly scoundrels who would dare to jeopardize the safety of the nation’s skies, aka the eight respected senators. He finished his Babylon Bee-worthy rant saying “don’t be too surprised if domestic airlines explore ways to create their own private-sector no-fly list.” To be fair, the idea is actually quite brilliant — or maybe just an act of plagiarism — considering that exact same scenario was in the senators’ letter.

What’s your opinion on the matter? Would ending President Joe Biden’s edict forcing Americans to mask up on airplanes ease the problem?