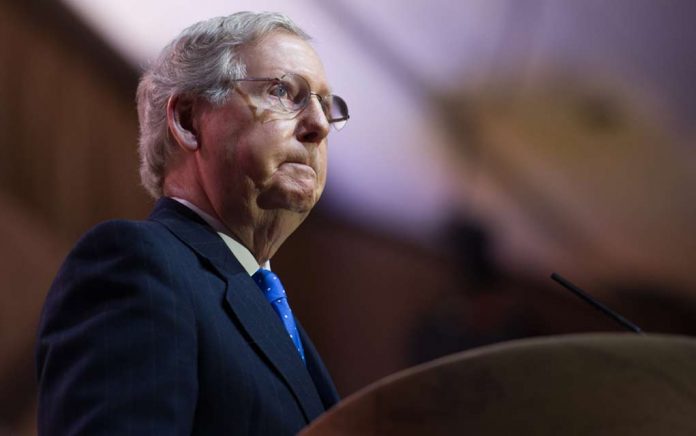 (ConservativeStar.com) – After talks broke down a month ago to provide relief to Americans struggling due to COVID-19, there was some hope that Republicans and Democrats would come together out of political necessity and strike a deal. However, the Left has refused to budge from their position. That was on display on Thursday, September 10.

GOP lawmakers in the Senate tried to pass a smaller version of a relief bill both sides could agree. However, it failed to reach the 60 votes it needed. It appears the only legislation that will pass before the November election is a spending bill to keep the government open. Earlier in the week, President Donald Trump said he didn’t need to meet with Democrats who didn’t want to make a deal.

Democrats filibustered the $500 billion “skinny” package. They claimed the bill was insufficient. Senate Majority Leader Mitch McConnel (R-KY) claimed the Left was not interested in a bipartisan relief package. The bill included money to help schools reopen, provide a $300 per-week unemployment supplemental benefit, increase COVID-19 testing, and vaccine development funds. It also would have added money for childcare providers, farmers, and billions for the Paycheck Protection Program for small businesses.

Lawmakers only have weeks before they leave Washington for the final campaign push. Unless there is significant progress, senators said there is little hope for a relief bill before the election.