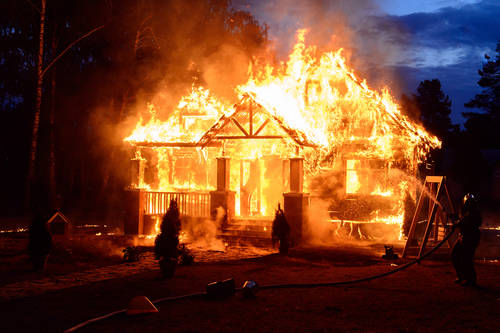 Neighbor Catelin Powers said she saw a column of smoke near her house as she was on the road. When she got closer, she saw smoke pouring out of the very top of the house. There was a man emerging from the front door dragging what appeared to be an unconscious, unresponsive woman.

A family of eight has been renting the home for eight years, with third-party payments made through a subsidy program.

The police said eight people in total were found dead following a house fire, two adults and six juveniles. Investigators were unable to confirm if any of the victims belonged to the family that resided there.

However, the adults that died in the fire are are possibly at fault for causing the deadly incident. The case became a homicide investigation, and the deceased adults are now suspects of homicide.

All of the juvenile victims’ remains were located in one room, and they ranged from ages 1-13. Investigators believe that the children were not killed by the fire itself, but rather by some other means.

Police are trying to determine the circumstances surrounding the fire through their investigation. They hope that their findings will bring to light what happened the day of the fire.

The Broken Arrow Police Department is calling on the community to come together and pray. The house that was on fire is southwest of Broken Arrow’s Rose District and about 15 miles southeast of downtown Tulsa.