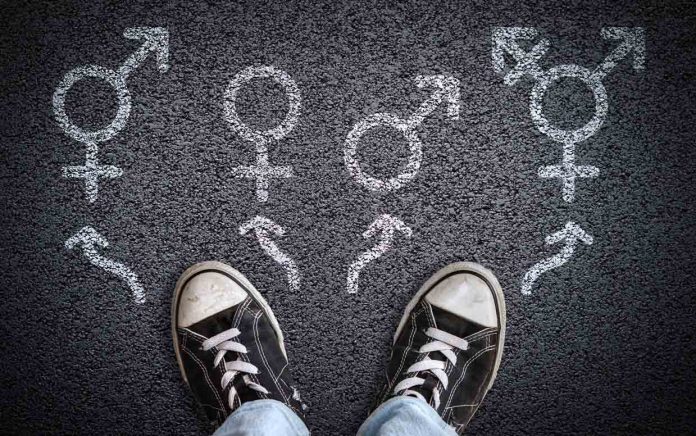 Each generation in America has its own culture, which can make it difficult for parents and children to relate with each other. Sure, the “kids will be kids” adage still holds true and teens may still complain about “unfairness” or how their parents just “don’t understand.” Even still, our impressionable youth take to certain cultural norms that their parents may not be familiar with.

This youngest generation’s culture of openness and acceptance provides plenty of positive mindsets. They often embrace people for who they are and respect freedom of choice in virtually any situation. Inherently and in a vacuum, these are very positive mindsets to adopt.

However, leftist influence can warp the virtues of acceptance and choice into something much more shocking and perverse. This latest generation is highly susceptible to these sorts of twisted Left-wing doctrines, especially when it comes to sexuality. As a result, our youth at large is partaking in strange, deviant and potentially dangerous behaviors.

Because of how much the American youth on average indulges in pre-marital sex, teenage pregnancies aren’t as uncommon as one may think. Pregnancy is already strenuous enough on a family, let alone when a teen is the one carrying. It’s already a delicate situation before cultural views come into play.

The debate between protecting the sanctity of life or the freedom to choose creates a social divide between the population. Sadly, teens could prioritize the latter when it comes to teenage pregnancy. But, that’s not the end of the story.

Did you know that teens might be able to get an abortion without parental consent? Depending on your state’s legislation, a teen may have the right to get an abortion in secret. If you’re concerned about this happening in your family or community, check your local laws to learn how you can be involved.

One ramification of the growing acceptance of the LGBTQ community is the change in how teens sexually identify themselves. This can range from not fitting in with their gender’s societal role to preferring non-binary gender pronouns. Here’s a list of deviant sexual identities that you may encounter in today’s youth.

Sometimes minors don’t fully accept identifying as the gender they were born with. They usually call this phenomenon “gender dysphoria.” When this happens, minors may seek out methods to “change their gender” via certain medications called hormone blockers.

Some parents may be complacent with this attitude, or, more disturbingly, actively encourage it.

Growing up is scary and confusing, which primes minors into potentially adopting strange and unusual mindsets. Thankfully, there’s always something you can do to help your family or community. Many of these behaviors can be addressed or remedied through active and wholesome parental involvement.