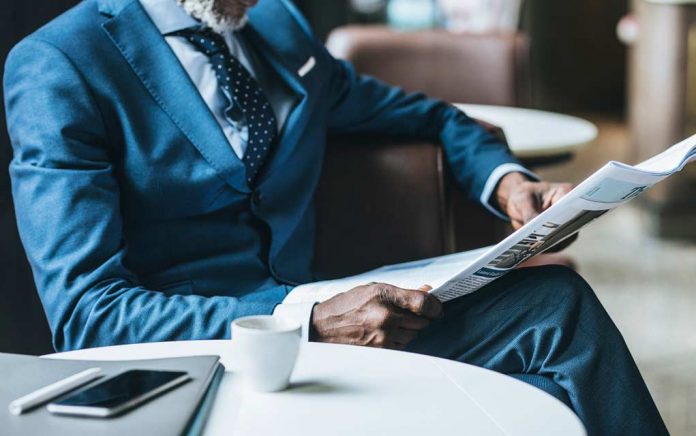 (ConservativeStar.com) – If you’re talking about celebrity news or fun topics, it doesn’t matter much if you just skim the headline and call it a day. But in today’s world, where nothing is as it seems and journalists aren’t held accountable by their employers, much less the public, it’s important to know how to tell real news from fake news. Knowing what to look for is half the battle. Knowing how to decipher it is the other half.

He Said, She Said

One of the tactics sensationalist news sites and papers like to employ is taking quotes out of context and more recently, flat-out lying about what was said. Let’s use a presidential briefing as an example. The media insisted President Trump told the country to drink bleach or inject disinfectant. The actual content is below, and not only did he not say these things, but he wasn’t even talking to anyone but the doctor by his side.

When the media goes so far as to make up blatant lies, it’s time to start your research. So, it is worth reading their content, if only to discern the topic. Then, do your research based on the premise that the media is working hard to discredit or twist information.

One way to determine the “he said, she said” headline is a lie is to look for a link or quoted text. From this, you can get the full context of what was said. If it isn’t offered, chances are it isn’t true or was taken out of context.

Any news site or paper that relies on studies is trustworthy… right?

Well, sort of. Again, these things are easily twisted to fit the bias. Any news source worth its salt that mentions a study will also include a direct link to it. If there isn’t one available, they probably don’t want you to see it. If there is, follow that link and decide for yourself.

As an example, one CNN headline read “Study finds no benefit, higher death rate in patients taking hydroxychloroquine for Covid-19.” The article does accurately state the number of patients involved in the study, along with the mortality rate and mentions it’s not peer-reviewed. This data would seem to lend a certain level of authenticity to the headline. That is, until you go beyond the article.

Upon investigation of the study, which touts the complete ineffectiveness of HCQ, the bias becomes clear. Early on, we learned that COVID-19 is particularly hard on men, those above 60, and African Americans. HCQ itself can be dangerous for anyone with heart conditions or diabetes.

The target group for the retrospective study was 64% African American, 100% male with a median age of 68 to 70, and 67% of whom had diabetes. On top of that, it’s been noted that HCQ is most effective in the early stages of the virus. However, it was given to these patients in the late stages. Based not on the efficacy of the drug in question, but on the parameters in which the study was conducted in relation to the drug and virus, it seems to be designed to demonstrate ineffectiveness on the surface. It’s enough to fool most people and certainly enough to guarantee a sensational headline.

The point is, when reading an article about the results of a study, find your way to the research itself. Then, you can compare the results and parameters with an unbiased view. Doing so will not only give you information on the results of the study but also give you insight into the reporting style and bias of the “news” you’re reading.

You’ve just seen a headline about the details of a new bill or indictment. It outlines one of the hot points. Either you’re elated, confused, or your blood pressure just went through the roof, depending on your position. The article may even have a link to the document. If it doesn’t, that’s a sure sign it’s time to find a new news source. If the link does live within the article, click it and review it yourself.

In the cases of both indictments and bills, there are multiple points to consider. A biased news source may give you only the elements meant to present their bias. But it’s easy enough to quote one or two lines from a document and take them out of context or ignore other elements.

While all of these elements are important, they become even more important at specific times. For instance, during election season the news tends to get more biased than ever. Use the information here to decide which sites are right for you. Just know that no matter how good the news site is, it’s always best to review the sources and get to the heart of the matter, yourself.