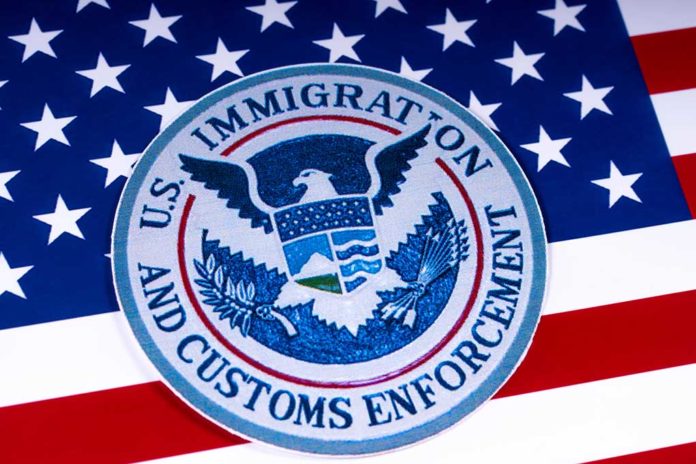 (ConservativeStar.com) – The United States of America is still considered a country that follows the rule of law, which is why the Law Library of Congress has over 2.9 million volumes on its shelves. This could logically lead one to wonder why an illegal alien who had been deported from the country two times already and was arrested for yet another crime was able to walk back into the city of Washington, DC, without being detained by Immigration and Customs Enforcement (ICE) agents?

An illegal immigrant vandalized the Capitol Police HQ and was immediately released. A week later he spray painted swastikas on Union station. The Biden admin will not deport him.

On January 28, Geraldo Pando, 34, a Mexican national inside the borders illegally, was again taken into custody for defacing Union Station by drawing swastikas in several places — the day after International Holocaust Remembrance Day. In typical fashion, some of those on the Left didn’t bother waiting for an investigation before pointing fingers. They immediately blamed supporters of former President Donald Trump for the vandalism.

This is what Trump has emboldened and what the craven GOP has allowed to fester. This is not only racist/anti-semitic, it's a partisan declaration. https://t.co/lvFT4ZaQ4O

I don't want to live in a country where this is considered OK. Where it's politically condoned and defended.

The Washington Examiner reports that Pando was arrested for the first time in February 2006 in Aurora, Colorado, and said that his criminal history in that state runs to 35 pages. They also report he was arrested the week prior to this for vandalizing the United States Capitol Police headquarters.

The ordeal brings us to an important question: is this soft-on-crime attitude from the administration and Soros-backed prosecutors around the country what America can expect moving forward?