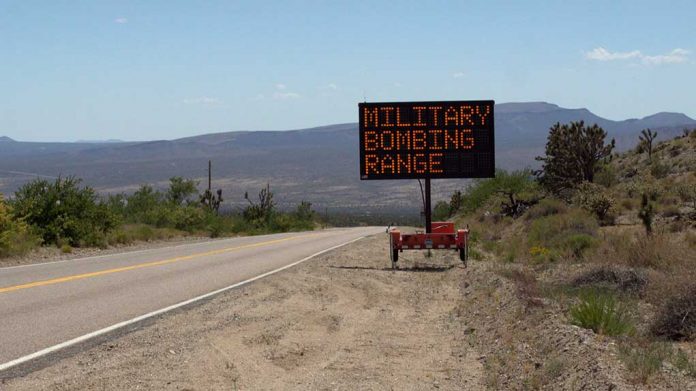 (ConservativeStar.com) – The more chaotic the situation at the American/Mexican border becomes, the better the cartels like it because they can move more people and merchandise across into the United States. The drug lords don’t appear overly concerned about the safety of people (known as “mules”) as evidenced by what Yuma Sector Border Patrol agents run across. Sometimes they even catch them near an Air Force Base.

Over the first weekend of May, agents from the Wellton Station apprehended four different mule teams and confiscated a total of 546 pounds of methamphetamine worth approximately $1 million. This is an extremely dangerous street drug that dumps dopamine into the body causing a sense of euphoria. But, it eventually burns out the neural pathways causing many users to develop severe depression symptoms.

The station itself is located on the northern border of the Luke Air Force Base Barry M. Goldwater Air Force range, which could cause additional danger for the people carrying the drugs for the Mexican cartels. In the end, the authorities probably saved the lives of these smugglers.