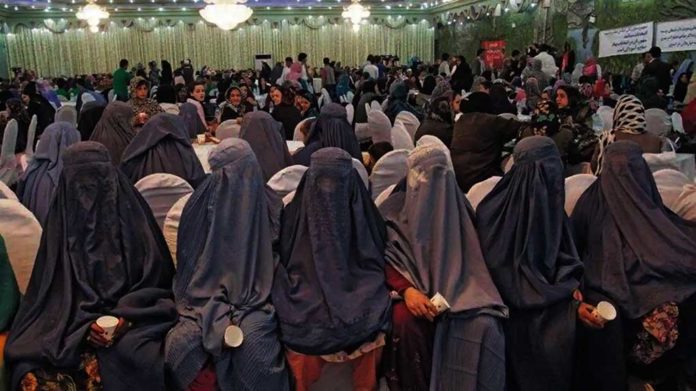 (ConservativeStar.com) – A US-born Yemeni woman who ran off to join ISIS will continue her battle to return to America, her lawyers said, after the Supreme Court refused to hear her petition. Hoda Muthana spent five years with the vicious Islamist group, but now that they’ve been defeated, she wants her comfortable old life back.

Hoda Muthana was born in Hackensack, NJ, in 1994. Normally, that would automatically make her a US citizen, but in Muthana’s case, there’s a dispute. Her father was a Yemeni diplomat, and the children of diplomats are excluded from birthright US citizenship. Muthana and her supporters claim her father had quit his job months before she was born, making her a citizen; the federal government says that whether her father resigned or not, he was still in the US on a diplomatic mission, so is covered by the exclusion.

In fact, possibly through an oversight, Muthana was given citizenship and a US passport. She used that passport in November 2014, when she fled the country and traveled to Syria to join ISIS. At that point, the bloodthirsty group was riding high, and extremists flocked to join it from all over the world. Muthana had a string of husbands, at least two of whom were killed as the tide started to turn against ISIS.

Finally, she surrendered to US troops in 2019 and ended up in a refugee camp. Now, she wants out of the camp and back into the US.

In 2016, the Obama administration revoked her passport and announced that, since Yemen hadn’t notified the US of her father’s resignation before she was born, she was never entitled to citizenship.

Last Throw of the Dice

Since Muthana began fighting for re-entry into the US, multiple courts have rejected her claim to citizenship. In 2019, a Washington, DC federal judge ruled that she’s not a US citizen. The DC Circuit Court of Appeals upheld that ruling last year. Finally, on January 10, Muthana’s case reached the Supreme Court — and the justices refused to even hear it. It looks like she’s out of options.

Muthana’s supporters like to portray her as a victim, a woman who was “groomed” by Islamist recruiters then trafficked to Syria. The reality is that she told her parents an elaborate lie to cover her movements, stole her college tuition money to pay for a plane ticket, then became an ISIS propaganda agent, spreading the group’s vile message on social media. She made a catastrophically bad decision – and decisions have consequences. Now, she has to live with them.