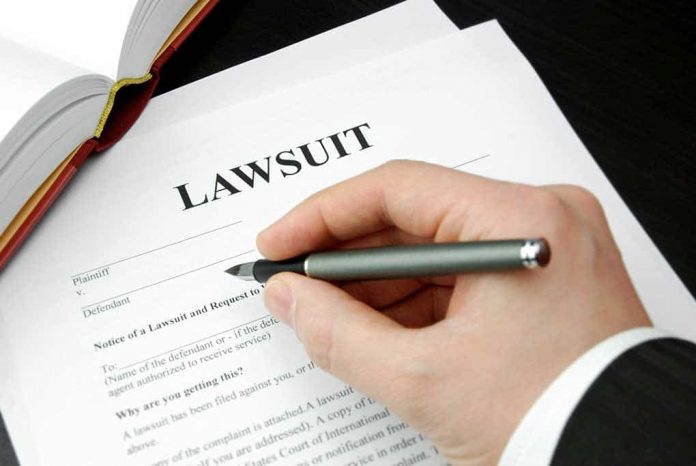 (ConservativeStar.com) – It appears that for all intents and purposes, big tech companies have been hoping for a confrontation in a federal courtroom. They’ve been throttling conservative voices for years and reportedly played a huge role in the highly contested 2016 presidential election. And speaking of “presidential,” former President Donald Trump held a press conference on July 7 to announce he filed a lawsuit against Facebook, Twitter, and Google (acting in its role as owner of YouTube).

Trump’s lawsuit marks the latest escalation in his long-standing battle with all three companies over their censorship efforts. All three de-platformed the former president in the wake of the January 6 Capitol Hill incident. He told reporters at the press conference that he intends to argue the case as a class-action lawsuit with him acting as the lead class representative.

The former president told reporters his lawsuit seeks an immediate end to the platforms shadowbanning, silencing, blacklisting and canceling users and their voices. The lawsuits allege the three companies violated his First Amendment right to free speech by suspending his accounts. According to the complaint, Facebook, Twitter, and Google should be considered “state actor[s].” As such, their day-to-day operations and terms of service are subject to First Amendment protections.

That’s an important element of the lawsuits since, normally, the First Amendment constraints only apply to governmental entities and agencies.

As one might expect, there’s a lot of buzz circulating around Donald Trump’s announcement.

According to Dershowitz, Trump’s lawsuits are significant because, in effect, they “pit freedom of speech… against the First Amendment” itself. Confused? It’s actually quite simple. As Dershowitz explained, Trump’s case argues that the companies violated his First Amendment rights by censoring him and eventually shuttering his accounts.

On the other hand, the three big tech giants are arguing they were merely exercising their own rights of free speech in determining how to run their own sites.

Dershowitz followed up with an op-ed published by The Hill on July 9. He explained that Trump’s lawsuit is important enough it could reach the US Supreme Court. At least one justice, Clarence Thomas, has long indicated a willingness to consider treating big tech companies as “common carriers” subject to government regulation.

Donald Trump’s lawsuit is in its preliminary phase, and it’s hard to predict what will happen next. We will keep you updated as more information becomes available.