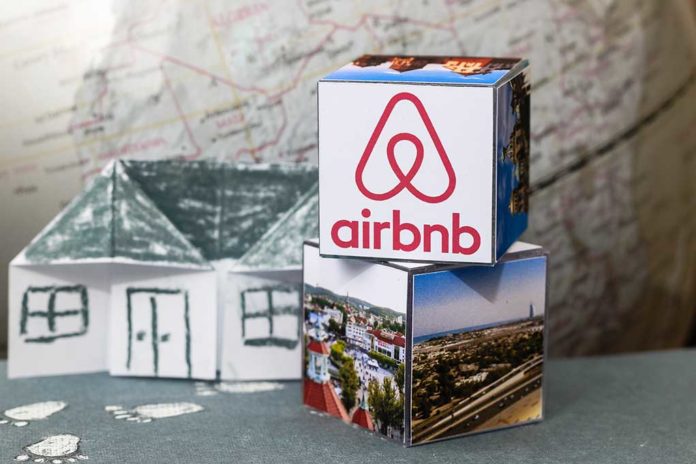 (ConservativeStar.com) – Hate and discrimination are becoming, yes becoming, a major problem in the United States and it’s spreading throughout the government and corporations at an alarming pace. However, this time it’s from the lefties and generally aimed at Conservatives, whites and Christians, labeling anything that flies in the face of the liberal agenda with terms like white supremacy and hate speech. Conservative pundit Laura Ingram is now advocating a boycott of Airbnb because someone she describes as a “dear friend” and her husband have been barred from using the hotel alternative.

Airbnb has banned Michelle Malkin for being "actively affiliated with hate groups."

Fox News host Laura Ingraham is supporting Malkin, her "dear friend" who she described as "way ahead of the curve on so many" issues, by boycotting Airbnb. https://t.co/joTPDpOmKa

Michelle Malkin is a conservative author, speaker and former host of a television segment on Newsmax. In November, Malkin gave a speech at the 2021 American Renaissance Conference, which the Leftist-propaganda machine, the Southern Poverty Law Center, considers a “hate group.”

Ms. Malkin recently wrote in which she describes receiving an email from the San Francisco headquarters of Airbnb informing her that “it has come to our attention [that she spoke, therefore] we have determined that we will remove your account from Airbnb….” The company also terminated her husband’s account.

The company declined to explain exactly how they became aware of Malkin’s speech. Still, its website indicates they have a dedicated group of people who seem to use social media pages and email addresses to cross-reference undesirable guests and eliminate them. Later in her piece, Malkin brings up the irony that they tagged her “a ‘woman of color’ (the Left’s own descriptive label, not mine)” as a white supremacist.

Do you believe that Airbnb’s policies are deserving of this boycott, and would you join in?