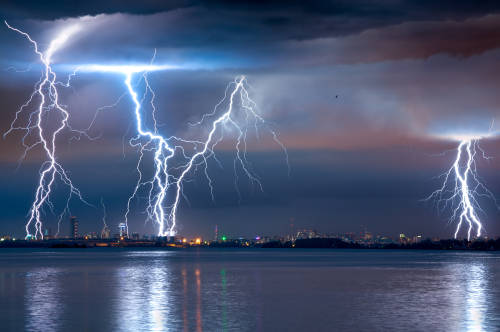 One student is in the hospital and another is missing after their boat capsized at a rowing complex at Lake Fairview Thursday night, according to the fire department. Multiple law enforcement agencies are searching for the missing student.

The lightning strike wreaked havoc on a rowing team’s boat on Lake Fairview in Orlando, Florida, on Thursday afternoon. One student went missing and another was transported to AdventHealth Orlando in unknown condition.

Four children made it to safety, but authorities are still searching for the other child.

The Orange County Sheriff’s Office Marine Unit arrived on-site with two boats equipped with sonar to support OFD in the search for the missing student, and three other students were assessed on scene for treatment and released without transport.

First responders aren’t saying whether they are conducting a rescue or recovery operation, but are moving around to make sure they aren’t missing anything. The South Orlando Rowing Association posted a statement on Facebook late Thursday evening asking for support for the missing rower.

To learn more about this lightning strike incident that harmed these rowers, please consider the news outlets listed below to stay in the know.