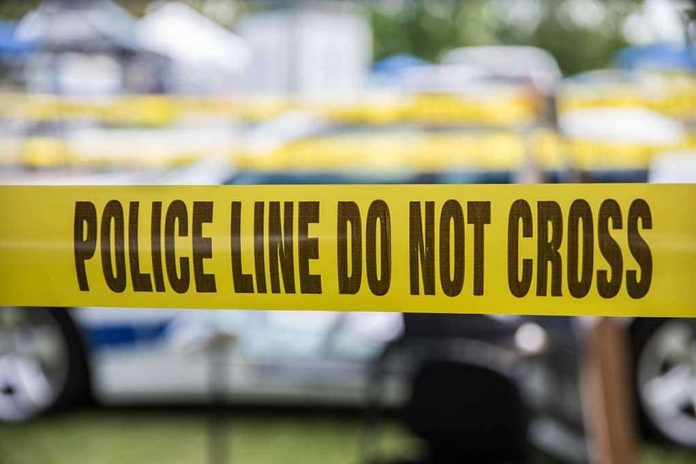 (ConservativeStar.com) – Prior to 2020, it was dangerous for police officers around the country. Things have only gotten worse during the course of the past year, with Democrats and the Liberal-leaning media vilifying them and calling on their Leftist counterparts at the city level across the country to “defund the police.”

On June 30, two officers responded to reports of shots fired on the eighth floor of the Solace on Peachtree Apartments in Atlanta, Georgia. According to the Georgia Bureau of Investigations (GBI), the elevator doors opened, and the officers immediately came under fire from Joseph Lee Humbles.

The GBI is investigating an OIS involving the Atlanta Police Department and Joseph Lee Humbles, 29, that occurred yesterday afternoon. Two APD officers responded to a person shot call on the 8th floor of an apartment building in Midtown. (1/3) pic.twitter.com/CCRlaGpszo

One of the officers, identified as Khuong Thai, was hit twice — once in the face and the other shot to his shoulder — but he and his partner were able to return fire and kill their alleged ambusher. Atlanta’s Chief of Police, Rodney Bryant, credited two sources during a press conference saying, “it is only through their training and by [the] grace of God that these officers did not come upon a more tragic situation.”

Fox News quoted statistics from the National Fraternal Order of Police (FOP) that said 51 law enforcement officers have been shot — 13 fatally — and 40 ambush attacks as of June 30, which is a 91% jump from the same timeframe in 2020. In fact, according to their report for that year, there was one less fatality (12 KIA) from these types of attacks. Earlier in the month, they had published an article saying the FOP believes the defund movement and “overall hot rhetoric against police” are factors in the rising statistics.