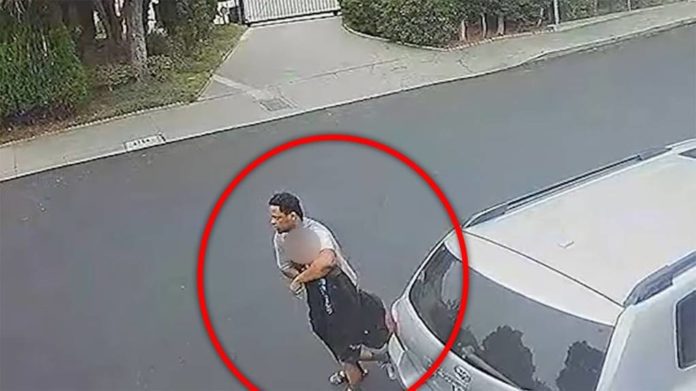 Edward William Banks, 27, was arrested after allegedly forcing a 14-year-old girl into a bathroom and sexually assaulting her.

Banks allegedly forced the unidentified teen into the bathroom of a local park before sexually assaulting her. The suspect then fled from the scene in an unknown direction.

A surveillance camera captured a legible shot of the attacker and he has been caught. LAPD arrested the suspect in the 2500 block of Mallory Street after receiving several citizen tips. Banks was arrested on the same day as the assault he committed.

Surveillance footage of the suspect prior to the incident can be seen below:

Disturbing surveillance footage shows suspect Edward William Banks walking down the street with the teen victim. He had his arm around her neck and shoulder as they walked.

The 14-year-old girl was threatened with violence if she didn’t give the suspect the morbid cooperation that he demanded of her.

With an uptick in violent crime in recent years, Los Angeles has become increasingly unsafe for residents- especially minors. For additional insight on this case of assault, please consider the news outlets that are listed below to stay in the know.