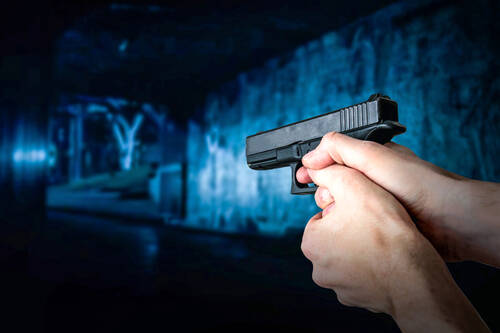 Police have released bodycam footage showing the shooting of 33-year-old Orlando Mitchell, who was shot by police and arrested hours after allegedly killing his child’s mother outside a daycare on Sept. 16.

Mitchell is charged with the murder of 32-year-old Krystal Walton at the Charity Child Care on the near west side of Indianapolis.

The Indianapolis Police Department released a video on Saturday detailing Walton’s homicide and showing Mitchell’s shooting and arrest. He admitted shooting Walton while being treated by paramedics on bodycam video.

During the early hours of the morning, Walton had just dropped off her toddler at daycare when Mitchell approached her and shot her multiple times, killing her. Security cameras captured Mitchell running from the scene after the shooting.

According to witnesses, Walton was afraid of Mitchell and had a protective order against him. Furthermore, Walton had several domestic violence warrants relating to the incidents they had together.

A person called 911 from a bus stop at North Delaware Street and Puryear Street three hours later, claiming that they were calling on behalf of another person at that same stop. The caller said to the dispatcher, “I’m sitting with a guy who says he shot somebody. I’m waiting on this bus. Y’all going to have to come see him.”

In the area described by the caller, officers found Mitchell and a car matching the description of the suspect’s vehicle.

IMPD said that officers Taylor and Jones arrived and were advised to wait for backup, but Mitchell got out of his car holding an AR-15 style rifle while they waited. Officers can be heard yelling for Mitchell to “drop the weapon” in the bodycam video, even though the rifle was not visible in the footage.

Mitchell pointed the gun at the officers, who fired several shots, hitting Mitchell in the leg.

IMPD’s video also shows an arrest team securing Mitchell’s rifle before handcuffing him, using a protective shield. Mitchell also carried a handgun in a holster in his front waistband, according to IMPD.

Mitchell can be heard on video admitting guilt of the crime to the medics as they treated him.

Mitchell was taken to jail after being released from the hospital. In addition to murder and invasion of privacy, he is charged with illegal possession of a firearm by a domestic abuser.