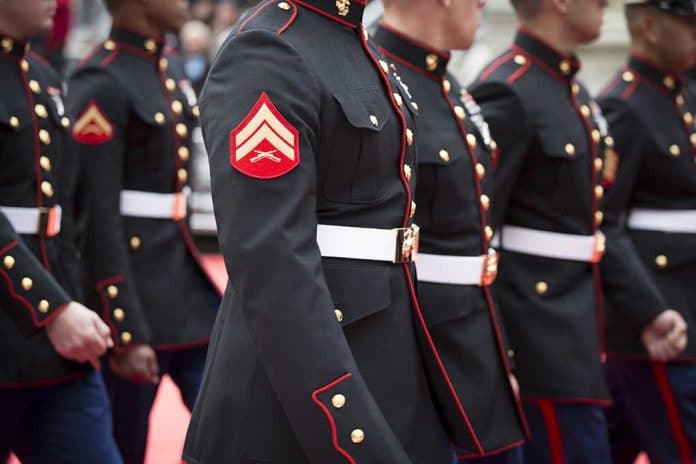 (ConservativeStar.com) – To say that the United States Marine Corps (USMC) frowns upon its officers publicly challenging their superiors’ decisions is a bit like saying the sun is hot. When fighting a war, orders are issued from the top down, with the answer being “yes sir!” unless it’s a demonstrably illegal act. Lieutenant Colonel Stuart Scheller defied his superiors and now he’s facing consequences for his actions.

On October 14, at a court-martial hearing arising from Scheller’s decision to take a stand, he entered a guilty plea.

In a now-viral video that the Colonel had originally posted to his Facebook page, he addressed Secretary of Defense Lloyd Austin regarding President Joe Biden’s disastrous withdrawal. He said he started out with the unit doing perimeter security at the airport in Kabul, and one of the Marines killed in the suicide bombing was “someone that [he had] a personal relationship with.”

Scheller accused the top commanders of failing to take responsibility or even make a simple acknowledgment of a mistake. He also called out Chairman of the Joint Chiefs of Staff Mark Milley and other generals for not advising the secretary that it was unlikely the Afghan army could hold off the Taliban.

Coffee or Die magazine first reported that a plea deal was in the works on the charges facing Colonel Scheller, and he followed through, pleading guilty to six charges. The charges include contempt for officials, willfully disobeying a superior commissioned officer’s orders, failure to obey a lawful general order and conduct unbecoming an officer and a gentleman. Col. Scheller could secure a general discharge under honorable conditions and a letter of reprimand.