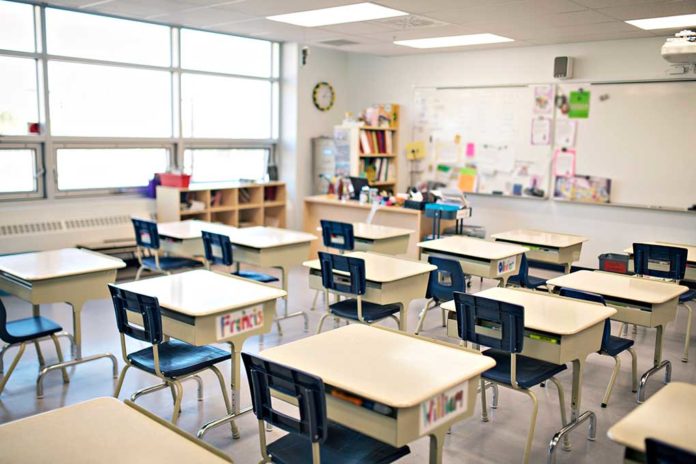 (ConservativeStar.com) – School threats are becoming a regular occurrence around the country, particularly in the wake of the Michigan school shooting. A middle school teacher has been charged with terrorism offenses after making threats against her school. The 59-year-old could now face 20 years in prison.

On December 18, staff at Jefferson Middle School in St Clair Shores, MI arrived at work to find threatening notes had been shoved under their office doors. The notes hinted at a planned school shooting, prompting staff to immediately call the police. When the cops pulled the video from the school’s surveillance cameras, they found footage of art and sociology teacher Johnna Rhone pushing the notes under doors.

Rhone was arrested at the school that day and charged on December 22. The Lakeview Public Schools District says she has a clean record and good performance reviews. Schools Superintendent Karl Paulson believes the aim of the threats was to close the school. Macomb County Prosecutor Peter Lucido told reporters the incident was the sort of thing he’d expect from a child.

According to Rhone’s attorney, she plans to fight the charges. Despite the video evidence, she pleaded not guilty at her arraignment hearing.