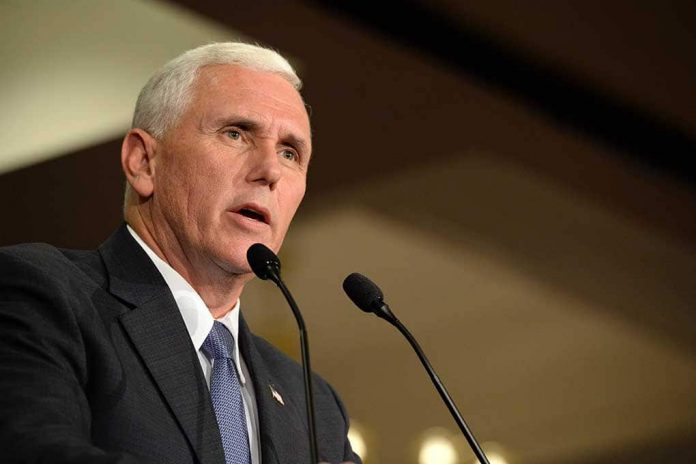 (ConservativeStar.com) – Many of the almost 75 million people who voted for President Donald Trump in November 2020 feel the outcome may have been manipulated by the Democrats and their agents. They also felt challenging the Electoral College votes was their final hope to set the record straight. In turn, they pinned their hopes on then-Vice President Mike Pence being supportive of the Republicans in Congress who were taking on that task, which he failed to do.

It’s now being reported that the former Vice President might be forming a political committee and setting his sights on a potential run for president himself in 2024. Conservative news sites as well as individual citizens are asking one question, “why bother?”

If you are considering a run in 2024 you should think again. After the knife you stabbed in the backs of 80 million Americans who voted for President Trump, you're finished. You couldn't be elected dog catcher.

Pence’s actions, actually, inactions would be a better term, towards those making the attempt amounted to stabbing the ex-president and his voter base in the back. Comments include calling him “a traitor” and claiming “he couldn’t get elected dog catcher.” It’s quite possible he committed career suicide, ending any chance he had of being elected as a Republican in the future, and it appears quite a few people are perfectly fine with that.