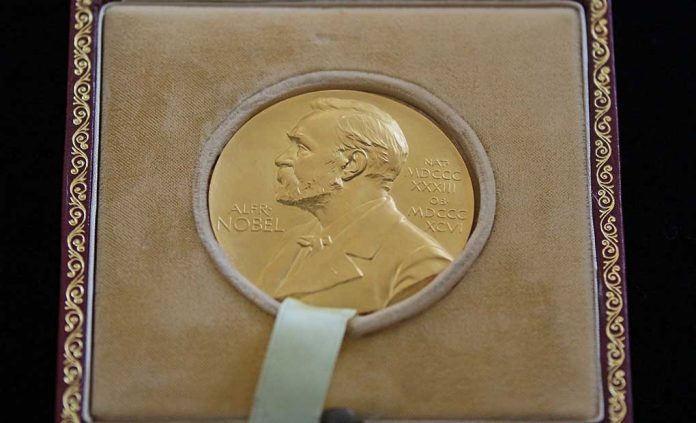 (ConservativeStar.com) – The 2021 selections of the varying Nobel Prize committees are underway. On Wednesday, October 6, the organization announced the award in the chemistry category, with honors going to Benjamin List and David MacMillan. They developed a process using “asymmetric organocatalysts” to pull apart and/or build molecules without using metals as source materials.

BREAKING NEWS:
The 2021 #NobelPrize in Chemistry has been awarded to Benjamin List and David W.C. MacMillan “for the development of asymmetric organocatalysis.” pic.twitter.com/SzTJ2Chtge

Using organic matter instead of the typical metal catalysts, they managed to speed up the task, make it more cost-efficient, increase lab safety, and reduce the level of hazardous byproducts. According to panel member Pernilla Wittung-Stafshede, it’s “already benefiting humankind greatly.” This breakthrough method has been used to develop safer versions of medications like the antidepressant paroxetine and the antiviral drug oseltamivir (Tamiflu), by eliminating materials that could be harmful to human beings.

The discovery was originally made in 2000, but back then, nobody was sure what impact the theory would have on the real world. Now, the proof of concept and the positive effects on the quality of life, in combination with its reduced burden on the environment, made it hard for the Nobel committee to bypass it any longer.

Fortunately for the world, MacMillan is not a morning person, nor is he particularly fond of the damp and cold weather in his native Scotland. According to a story appearing in the Houston Chronicle, he was inclined to follow his brother’s career path and enter the world of physics, but those classes started at 8 a.m. in a room he felt was too cold and leaky. On the other hand, by taking the chemistry route, he could learn while being warmer and drier and begin his day two hours later. His penchant for sleeping in has earned him one of the greatest honors.