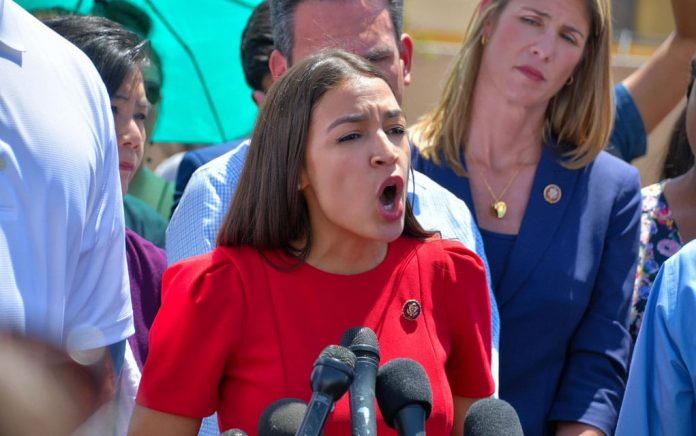 (ConservativeStar.com) – Representative Alexandria Ocasio-Cortez (D-NY) — aka AOC — and her group are so radical they’d rather stamp out a whole company than to let its fellow Latino CEO exercise his right of free speech. When Robert Unanue praised President Donald Trump, the congresswoman, who’s of Puerto Rican descent, immediately took to Twitter to tell her followers she was learning to make her own adobo instead of buying theirs. In other words, she was boycotting them.

Unanue subsequently announced the company awarded AOC an “employee of the month” based on the fact that the company’s sales went up 1000% after her tweet. Her response was to play coy and deny her statement was anything other than the sincere attempt to find another blend of seasoning for herself.

No, I just googled how to make my own adobo.

But of course Fox would rather indulge their made up fantasies than acknowledge that in the Trump admin’s catastrophic response to COVID, millions of people rushed to buy canned goods which then had to be rationed at grocery stores 🤔 https://t.co/qLHVNn5iJK

This new breed of politician that AOC and “The Squad” represent is a clear and present danger to the freedoms enjoyed by all Americans. It’s clear that they use their social media presence as a weapon to potentially incite their followers against Conservative voices in their attempt to push the United States as far to the Left as they can.