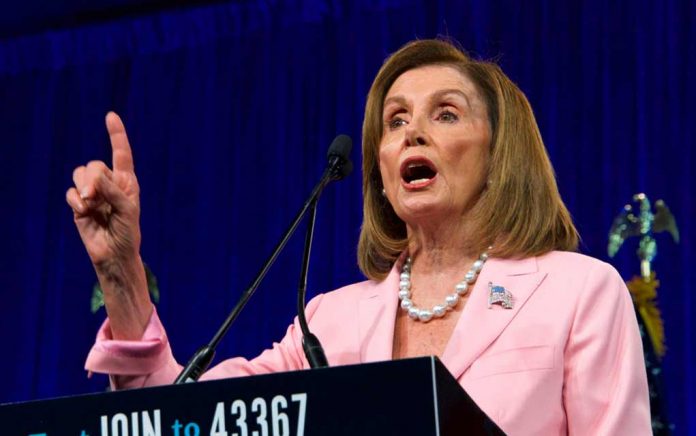 (ConservativeStar.com) – Last week, Congress adjourned for a long weekend without reaching a deal on the stimulus package. On Saturday, negotiators expressed optimism about an agreement. A day later, however, Speaker of the House Nancy Pelosi (D-CA) was on national television blaming Republicans for the impasse.

During an August 2 interview on “This Week,” Pelosi said President Donald Trump is “standing in the way” of a deal on unemployment benefits. She went on to claim Republican lawmakers haven’t “made a proposal.”

After Democrats turned down offer of short-term extension, Speaker Pelosi says, “We have been for the $600. They have a $200 proposal which does not meet the needs of working families … the idea that they made a proposal is really not actually factual.” https://t.co/HNQgCe39RN pic.twitter.com/tnlu1Bdx3g

On Friday, Senator Martha McSally (R-AZ) suggested lawmakers sign a stop-gap bill extending the current $600 unemployment benefit for another week as negotiators work out a deal. Democrats refused because they didn’t believe it was long enough. They didn’t consider workers would suffer even more if the benefits lapsed, which is exactly what happened.

This kind of partisan bickering is why Congress’ approval rating is at a dismal 18%. Americans no longer have faith in their elected officials. How is our democracy supposed to function when people are suffering at the hands of their representatives?