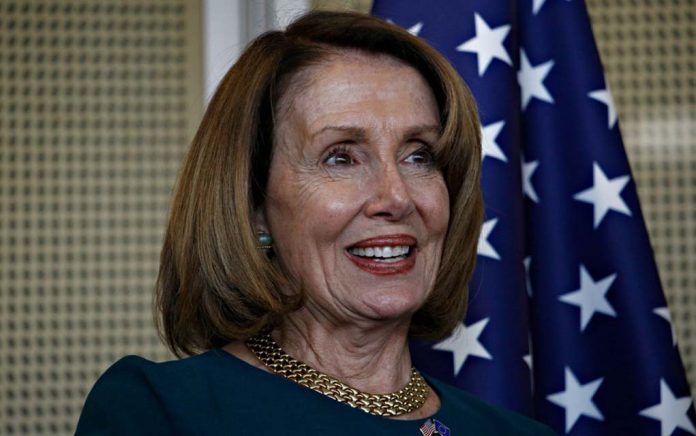 (ConservativeStar.com) – Speaker of the House Nancy Pelosi (D-CA) has proven she’s nothing if not persistent. The country is less than a month away from the presidential elections in November and she’s come up with another scheme and attempt to overturn the one that Hillary Clinton lost in 2016.

Pelosi has accused President Donald Trump of being “in an altered state” due to the treatment he received as part of his coronavirus recovery. Her plan is to use Article 4 of the 25th Amendment to the US Constitution to give Congress the power to begin the process of declaring a president “unable to discharge the powers and duties of his office.”

One of her cohorts, Representative Jamie Raskin (D-MD), who’s technically the author of the bill, is a professor of constitutional law and claimed this action was needed to make sure there was a clear line of who would take over the office in the event of a president’s disability. However, the Presidential Succession Act of 1947 already distinctly lists the first 18 people in line with the first five being:

The pertinent text of the amendment starts as follows, “whenever the Vice President [Emphasis added] and a majority of either [the cabinet] or of such other body as Congress may by law provide…”

This came about in 1945 when President Franklin Delano Roosevelt died in office and there was no clear rule about what would happen if Harry S. Truman were to become incapacitated for the office of vice president was filled.

That all boils down to mean that regardless of what body Pelosi and Raskin come up with, the Constitution says that the vice president — currently Mike Pence — has to be a part of it. The legislation they claim would allow Congress to have the ability to require a sitting president to have a medical examination and so on the face of it, it undermines the law of the land.

Some question the timing of this sudden interest in a law that’s been in effect for almost 64 years. Some have wondered if it’s an attempt to further undermine the fast-approaching election, President Trump questioned if it might be a preemptive strike to remove Joe Biden if the Democrats win the election, and others are speculating it has something to do with delaying the confirmation of Supreme Court nominee Judge Amy Coney Barrett.