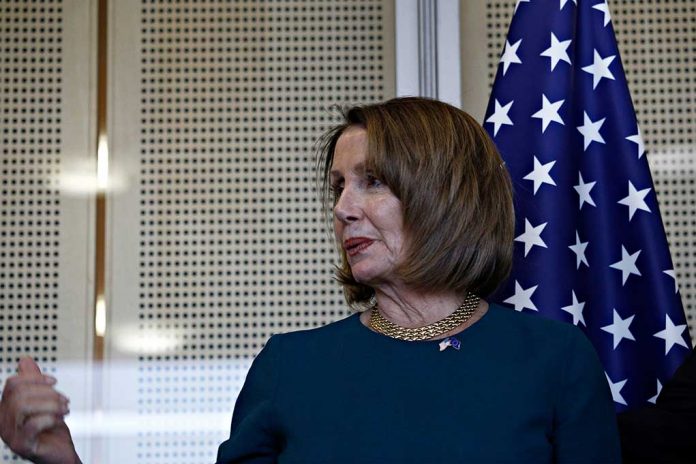 (ConservativeStar.com) – When the Supreme Court upheld SB-8, the Texas law effectively banning abortions after approximately six weeks, the outrage from the political Left was  loud. All the clamoring caught the attention of Roman Catholic Church Archbishop of San Francisco Salvatore Cordileone, who heads Speaker of the House Nancy Pelosi’s (D-CA) home diocese. He wrote an opinion piece that appeared in the Washington Post where he pondered the church’s position on Catholic politicians who support abortion.

In the op-ed, Cordileone mentions Speaker Pelosi and President Joe Biden as two prominent figures railing against the Supreme Court’s decision. Cordileone bluntly wrote, “you cannot be a good Catholic and support expanding a government-approved right to kill innocent human beings.” He said he doesn’t believe the church should stay out of the abortion debate and explained history supports his position.

The archbishop told a story about segregationists who were excommunicated from the church for trying to keep white and black people separated. He seemed to suggest abortion-supporting Catholics should suffer the same fate, although he didn’t explicitly state that opinion.

Again thank you for speaking truth…..Archbishop Cordileone raises issue of excommunication for abortion advocates…advocating abortion is advocating murder….https://t.co/OZYGKrgs8L via @cnalive

The September 5 op-ed was not his first foray into putting his opinions into the public sphere. Back in May, the archbishop advocated the position that pro-choice Catholics should not be allowed to take communion (the Eucharist) in church.

Cordileone’s superiors at the Vatican have not prevented him from expressing his opinions. However, they have spoken out against denying communion to Catholic politicians who are pro-choice.

The lack of support for something so basic to the core beliefs of the church is, perhaps, unsurprising. That’s because the Pope is the head of the Holy See — the governmental arm of the Vatican City State. The Pontiff has to tread a very fine line so he does not seem to be holding one’s faith hostage to their ability to make laws for a different nation.

It appears Archbishop Cordileone doesn’t have to walk that same fine line.