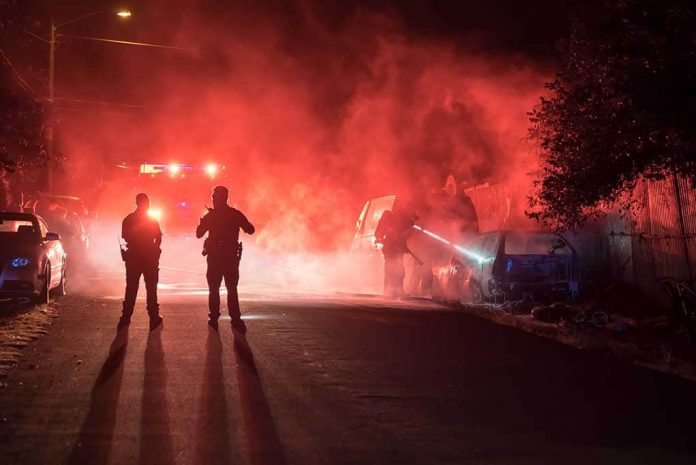 (ConservativeStar.com) – Once again riots are taking place around the country. This time, in response to the alleged accidental shooting of Daunte Wright, a black man, by white police officer Kim Potter in Brooklyn Center, Minnesota. On April 14, the fourth night of disruptions, throughout the Twin Cities area 24 additional people were arrested after a violent clash at the city’s police department in the destruction of property and looting in Minneapolis. That followed over 70 arrests the night before.

Target has been looted on West Lake Street in Minneapolis. Police are at the scene now making arrests #Minneapolis #Looting #Minnesota pic.twitter.com/jF9HjMN9Xe

There are indications that Black Lives Matter (BLM) and Antifa are returning to their roles as outside agitators in Minnesota as well as other areas including Portland, Oregon, that they played during the summer of 2020. John Harrington, the Commissioner of the Minnesota Department of Public Safety, indicated his office “received calls from people on the ground” complaining about agitators.

The New York Times reported that bodycam footage indicates Officer Potter clearly yelled “Taser! Taser! Taser!” before pulling the trigger making this a tragic but accidental death. Naturally, the Progressives in Congress cannot help but pour fuel on the fire with Representative Rashida Tlaib (D-MI) going so far as labeling it “government-funded murder.”