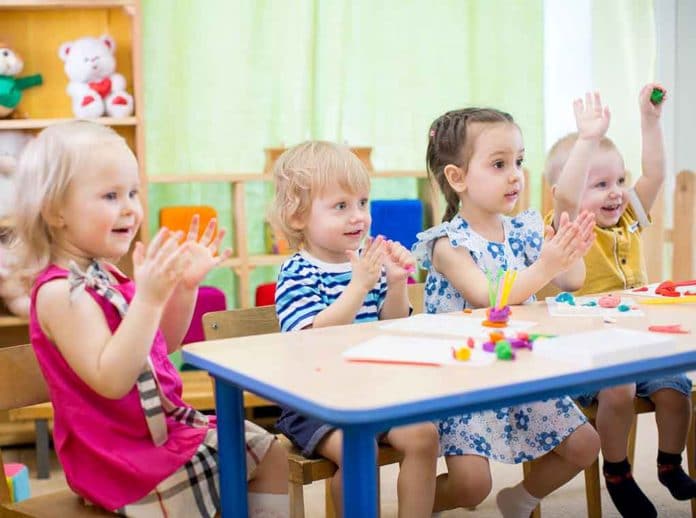 (ConservativeStar.com) – Russian President Vladimir Putin’s actions in Ukraine include using troops on the ground, and using another strategy known as “information warfare (IW).” A 2018 paper by the Congressional Research Service says IW includes “propaganda, misinformation, and disinformation.” As a former KGB officer, Putin appears to be using that to his full advantage — even with children.

Russia is misleading its citizens in a state-sanctioned campaign of disinformation that includes lessons for children on Vladimir Putin's "liberation mission" in Ukraine https://t.co/sHUCjLLHtT

In totalitarian regimes, it’s important to capture the minds of children so that when they transition into adulthood, they’ll bow to the State’s authority without question (a tactic that some, including teachers, accuse schools in this country of using). To that end, Putin has ordered teachers to begin using manuals to tell their students that, among other things:

Turning his attention to parents, Putin asked them to monitor their children’s social media accounts, instructing them to look out for any opposition to the war.

To better understand the would-be dictator’s motivation, it might help to look back at how his rule looked to people at its inception. An article in The Wilson Quarterly published in 2000, predicted that Putin’s rise to power would result in a regime that would mirror the evil of Nazi Germany. Indoctrinating youth fits the bill as does invading foreign lands.