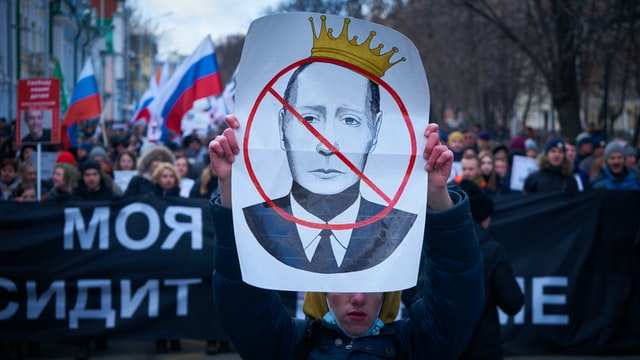 Russian President Vladimir Putin condemned the West in his Victory Day speech, claiming that the U.S. and other countries had propped up a “threat” on Russia’s borders and threatened to use nuclear war against his country.

The Russian president used his traditional address to shore up the home front, claiming that Kyiv sought to acquire nuclear weapons. He also claimed that American-backed forces with historical links to the Nazis planned to terrorize the Donbas and invade Crimea.

Putin claimed that the enemies of his country have tried to use international terrorism against him and that those fighting in the Donbas is fighting for their homeland.

Putin vowed to punish the Nazis in Ukraine and respect those who fought with him. He also said that the Azov Battalion is not a volunteer formation and that anyone who wanted to get involved in politics left the regiment.

Putin’s regime has managed to suppress dissent and criminalize anti-war demonstrations, but deep anxiety and apprehension regarding the war may yet become a problem.

Russia’s invasion of Ukraine has transformed the world, with millions of people fleeing, a new Iron Curtain grinding into place, an economic war deepening, and evidence of horrific war crimes mounting.