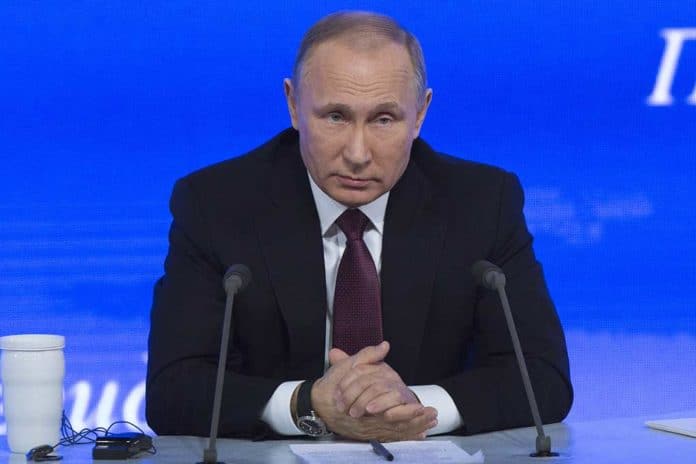 (ConservativeStar.com) – It’s been more than seven weeks since Russia invaded Ukraine, and while initial reports coming out of the country were mild, recent accounts of the damage to cities are atrocious. Media reports involving Bucha, a Ukrainian city located in Kyiv Oblast, are particularly disturbing. However, Russian President Vladimir Putin is waving them off as disinformation in an apparent attempt to control the narrative.

On Tuesday, April 12, in his first public appearance since the invasion, Putin spoke at a news conference in Vostochny and said the reports coming out of Bucha aren’t real. He likens the accounts to the West’s allegations claiming Russia used chemical weapons in Syria, saying “it’s the same kind of fake.” Speaking beside him, Belarusian President Alexander Lukashenko pointed fingers at British authorities and said he had evidence — passports, addresses, and dates the agents arrived in Bucha — to back up his claims.

Putin calls the massacre in Bucha a fake, claiming Lukashenko has given him docs to prove it. Seems the event will now be officially denied for as long as he’s in power, like MH17 and the Salisbury poisonings. pic.twitter.com/hvxXTIu6An

The reports, circulated widely through the news outlets and social media, often by Ukrainian President Volodymyr Zelenskyy himself, show civilians — including children — lying dead in the streets. Then, there are the claims that Russian soldiers have taken to sexually assaulting women and executing residents in the area.

President Joe Biden accused Putin of committing war crimes and acts of genocide and has demanded he be held accountable.