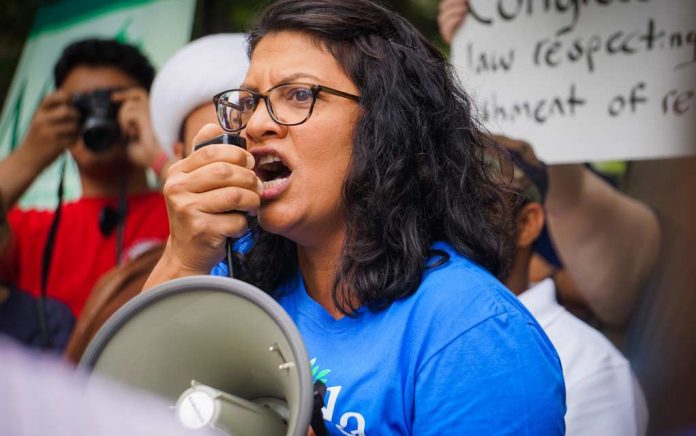 (ConservativeStar.com) – Representative Rashida Tlaib (D-MI) was born in Detroit, Michigan, and she holds her version of Islam and her Palestinian heritage very dear to who she is. That’s fine, since America is a mix of all faiths. What makes it a problem is when she makes it appear that she wishes the Jewish State of Israel to be eradicated.

These days, deleting a Tweet is pointless after it’s been made public because somebody will take a screengrab of it. Such is the case with the Muslim congresswoman, when on November 29, she retweeted — and then removed — what’s widely viewed to be a wish to establish an Arab State “from the river [that is the Jordan] to the sea [the Mediterranean].”

.@DarkWireReports: @RashidaTlaib Retweets, then deletes ‘From the River to the Sea’ phrase: Here’s why those words are antisemitichttps://t.co/SgUjdlB0uD

This isn’t the first time her anti-Semitism has come up. On December 6, 2019, she voted against a House resolution supporting a two-state solution in the region because it didn’t explicitly state it was an “illegal occupation by Israel.” As a member of “The Squad,” which is becoming a major force in the Democratic Party, she’s gaining more influence to leave her imprint on American policy.