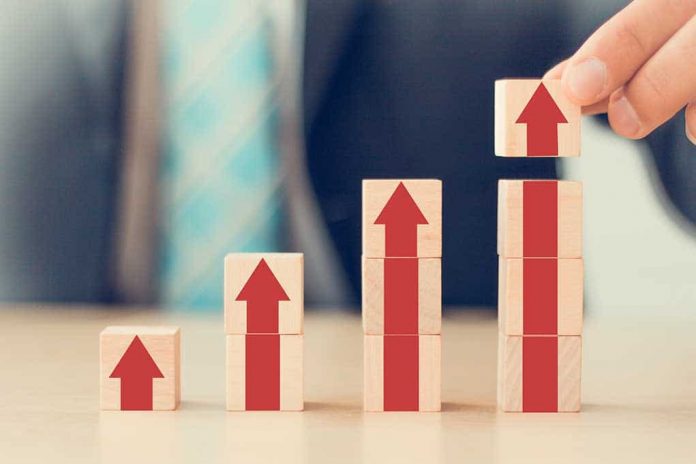 (ConservativeStar.com) – The United States Labor Department announced that new applications for unemployment benefits fell to 712,000 for the week ending March 11, 2021. This is the lowest number of first-time filings since early November 2020, and it was also reported that American employers added 379,000 jobs in February.

The left-leaning New York Times ran an article on March 10 stating a position that will likely cause dismay among their Liberal readership. Regarding the production of the three different vaccines, they noted that “key elements were in place when Mr. Biden took over from President Donald J. Trump.”

Republicans, Toot Your Own Horn!

The news publication Roll Call — a site considered among the least biased by Media Bias / Fact Check, unlike the NYT — noted that GOP lawmakers are not taking full advantage of the news by barely acknowledging it rather than pointing out their hand in it. Instead of staying silent, they should be highlighting what happened under President Trump as the reason there was even the possibility of it happening.

Pointing out that President Joe Biden’s policies have done more to damage the job market with acts like shutting down the Keystone pipeline is all well and good, but it’s not nearly enough. They need to point out the regulatory and tax policies that were put in place prior to the pandemic and generated a booming economy before the virus brought it to a screeching halt.

While the employment numbers are promising news for an economic recovery, caution is recommended when predicting how far and how fast it will go. An upsurge in the pandemic numbers, a COVID-19 variant resistant to the medications or implementing too many Democrat-inspired Communist/Socialist policies could bring it down like a house of cards.