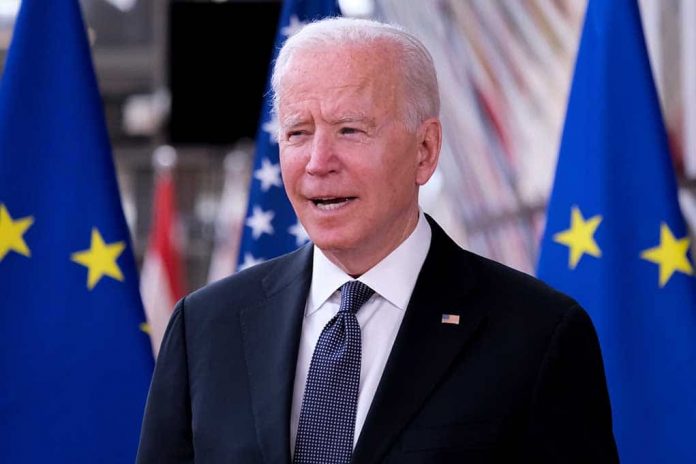 (ConservativeStar.com) – The ISIS-K attack at Hamid Karzai International Airport killed 13 service members and outraged the country. Now, there are increased calls from Republicans to get President Joe Biden out of office. They’re demanding his resignation or impeachment. Some are even urging Vice President Kamala Harris and Cabinet members to invoke the 25th Amendment.

To say that today’s loss of American lives in Kabul is sickening does not begin to do justice to what has happened. It is enraging. And Joe Biden is responsible. It is now clear beyond all doubt that he has neither the capacity nor the will to lead. He must resign

The process outlined in the 25th Amendment allows for the VP and a majority of the Cabinet to declare the president unable to perform the required duties of the office. That action would then allow Harris to step in immediately and take over. Rep. Madison Cawthorn (R-NC) sent a letter to Harris outlining his reasoning, writing that he believes she already knows “President Biden is no longer capable of discharging the duties of his office.”

Senator Rick Scott (R-FL) echoed those feelings, issuing a press release claiming the president “continues to prove himself unfit as Commander in Chief” and urges Harris and the Cabinet to take swift action. Nikki Haley, former US Ambassador to the United Nations, pointed out the fly in the ointment in this idea. She says that if President Biden is gone, “that would leave us with Kamala Harris which would be ten times worse.”

Currently, the VP has not indicated she plans to do anything to remove the president. The Democratically-controlled Congress hasn’t made any moves in that direction, either.