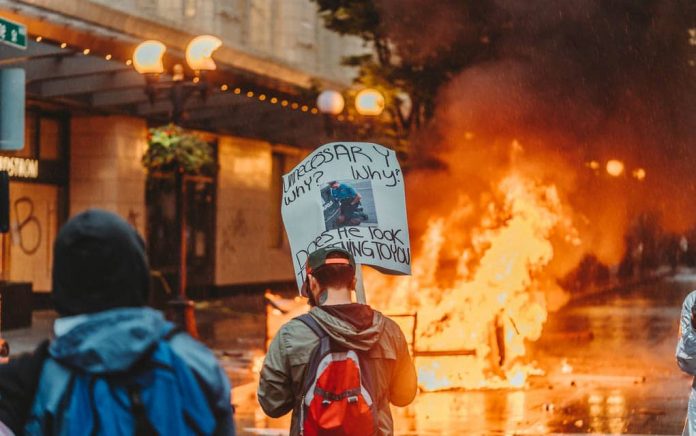 (ConservativeStar.com) – As the Defund the Police movement gains steam and Democratic mayors refuse to take control, Liberal cities are spiraling out of control. Riots are continuing in one major metropolitan area and expanding beyond their initial borders. And in another city, business owners have had enough.

For weeks, warnings sounded out that riots in downtown cities would eventually spill into neighborhoods. Portland, Oregon, has experienced 80 straight nights of violent protests. Rioters are now moving to surrounding residential areas. Residents are taking to sites like Reddit to share their anxiety about a lack of safety.

President Trump has urged the Portland mayor to bring in the National Guard to control the situation, but he has refused.

In another contentious city, Seattle business owners have said enough is enough after the city council voted to cut approximately 100 police officers. On Tuesday, August 11, Police Chief Carmen Best resigned in protest over how elected officials have treated her officers. Since the mayhem created by the autonomous zone ended in June, some business owners say they’ve seen people shot, injured, and murdered in front of their stores. People have vandalized their shops, and even brazenly walked in and stole merchandise right in front of them.

Breaking: Mob of #antifa in Seattle gathered in the former CHAZ area and have broken into several businesses. #SeattleRiots pic.twitter.com/Vmn5vx96Iw

Business owners say the city is no longer safe to conduct business and have closed their doors permanently.

How long will it be before the consequences of local officials across America permanently destroy their communities?