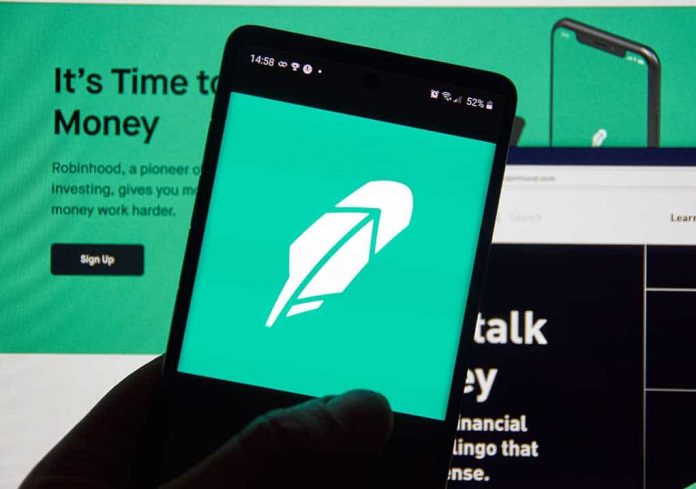 (ConservativeStar.com) – The online stock trading app Robinhood finds itself at the center of a controversy for an action everyone is calling into question. It decided to block the trading of shares in GameStop and other companies when their per-share values started rising at exponential rates. Their actions have also landed them as the defendant in a class-action suit in the United States District Court for the Southern District of New York.

On January 28, when the news broke about the restrictions, Senator Ted Cruz (R-TX) and Representative Alexandria Ocasio-Cortez (D-NY) managed to agree with one another (a clear sign of a pending Apocalypse if there ever was one), denouncing the move as one that harms individual investors. Their agreement lasted about five minutes and then they were fighting again, but for one shining moment there was unity.

The lawsuit accuses Robinhood of intentionally harming its reported 10 million users, preventing them from making a profit because they could no longer sell shares that they may have bought at a much lower value.

An article in the New York Times suggests the reason may have been more basic than that… simple survival. The company had to scramble to raise over a billion dollars in investor cash in order to cover expenses incurred because of its commission-free business model. Now, they are going to have to pay for lawyer’s fees, as well. It’s not a good week to be Robinhood.