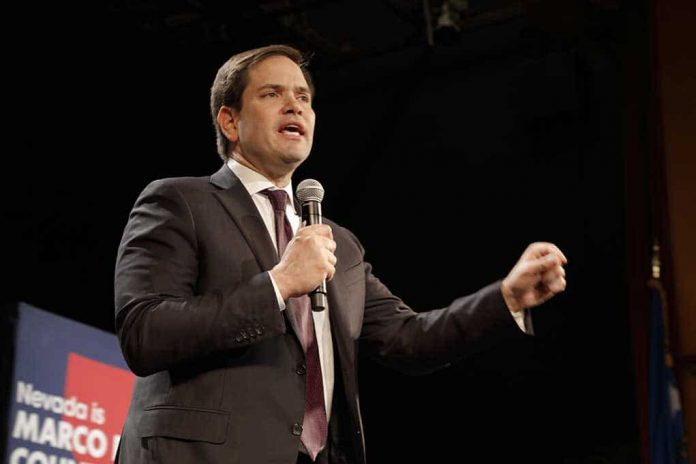 (ConservativeStar.com) – A quip that’s been around in one form or another since at least the 1830s goes something like this: “Call me anything you like, so long as you don’t call me late to dinner.” Apparently, America has become buried in an avalanche of snowflakes to the point that the US State Department decided it was worth their time to focus on what people are calling one another.

On October 20, the State Department sent out a tweet in celebration of “International Pronouns Day.” Senator Marco Rubio (R-FL) was one of the leaders of the charge against the proclamation. He re-tweeted the original, pointing out this is what people whose job is to form the government foreign policy were doing with their time.

This is what the people in charge of our nations foreign policy are working on today https://t.co/hJk2fpyzPj

Donald Trump Jr. entered the fray with a sharp barb asking if they knew what “the pronouns of all the Americans you abandoned to the Taliban” happened to be.

If I’m Xi Jinping, I take one look at that tweet and then invade Taiwan… At this rate we should probably just go ahead and learn how to write our pronouns in Mandarin.

Oh yea, btw, what were the pronouns of all the Americans you abandoned to the Taliban? https://t.co/aUNN3zd71L

According to the movement’s website, using a pronoun for someone other than the one they have designated for themselves is an affront to their human dignity. Very few would argue against the idea that a person has the right to call themselves whatever they like. What so many took issue with is that somebody with an official position within the government spent taxpayer time to pay homage to it.