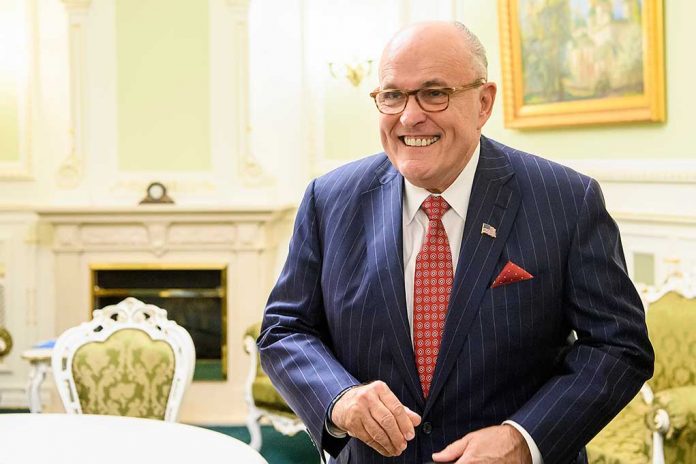 (ConservativeStar.com) – With all due respect to Ernest Thayer, author of Casey at the Bat, there is no joy in Liberalville — mighty cancel culture has struck out. The Board of Trustees of St. John Fisher College in Rochester, New York, declined to rescind the honorary degree they bestowed upon Rudy Giuliani for his work as mayor of New York City in the aftermath of the 9/11 attack.

Rudy Giuliani will keep honorary degree despite pressure to revoke it after Capitol riot https://t.co/uIMh6htWLB

The school’s student newspaper ran an article on January 19, 2021, that demanded the withdrawal of the recognition given to Giuliani for his leadership in the period after the world watched the Twin Towers collapse to the street. Apparently, he committed the horrendous and unforgivable crime of working on behalf of his client President Donald Trump and doing something all Americans should do by challenging something that appeared to be a corruption of the electoral process.

Liberals have embarked on a rampage, trying to erase anything that they deem is an affront to humanity everywhere — including a cartoon skunk by the name of Pepe Le Pew. Where this insanity will stop is unknown but what is obvious is that with so many real problems facing the country, it should have stopped long ago.